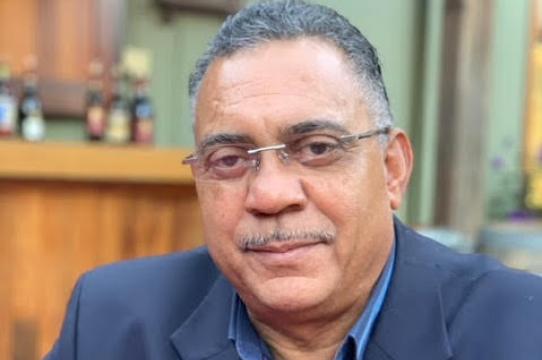 Dr. Eric Jackson-Scott (College 8, ‘95), who was a chemistry major at UC Santa Cruz back in 1995, remembers walking near what was then College 8 (now Rachel Carson College) and suddenly hearing a van slowing down near him and a very enthusiastic guy yelling out of the window, asking him if he wanted to join a theater group.

That’s all it took for Jackson-Scott, as well as many other Black students, to say “yes” right on the spot. The guy in the van was UC Santa Cruz drama lecturer Don Williams, who was building up his newly formed African American Theater Arts Troupe by driving around campus getting the word out to as many Black students as possible.

UCSC alumna Niketa Calame-Harris (Oakes, ‘02) also fondly remembers her first encounter with Williams. “I think that’s how I was recruited, too,” she laughs. “How could I say ‘no’?” While Dr. Jackson-Scott was aiming for medical school and had no intention of staying in theater, Calame-Harris entered UCSC with well-established acting credits, having voiced the character of Young Nala in Disney's animated feature The Lion King.

But both remember their time with Williams and the African American Theater Arts Troupe (AATAT) as pivotal turning points in their lives. 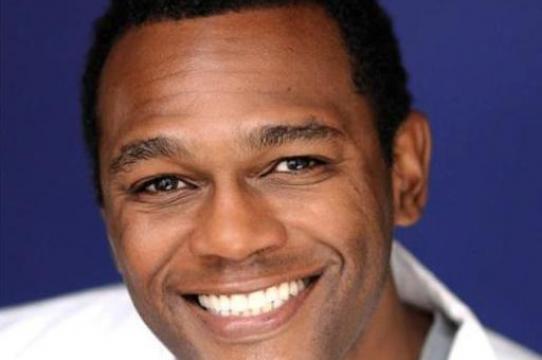 “Don modeled the right behavior,” says Jackson-Scott. “He was loyal and faithful to his family…he was a father figure, a mentor…he was a positive thinker. He never had an attitude and encouraged people to improve. He brought us together as one.”

Calame-Harris, looking back on when she attended UCSC, recollects that there was only herself and one other Black student in the theater department. “AATAT allowed me to perform in main roles and really participate in theater,” she said.

There was one play in particular, Before It Hits Home, about a Black jazz musician that centered around such weighty themes as AIDS and bisexuality in the Black community, that had a profound impact on Calame-Harris. “We definitely didn’t have an all-Black audience for that one,” she says. “But through those performances, we were talking about some very tough issues and having a dialogue.”

“AATAT is the heart and soul of my life,” says Williams about the theater organization he founded nearly 30 years ago on the UCSC campus. That was back in 1991 when Williams initially joined UCSC Theater Arts. 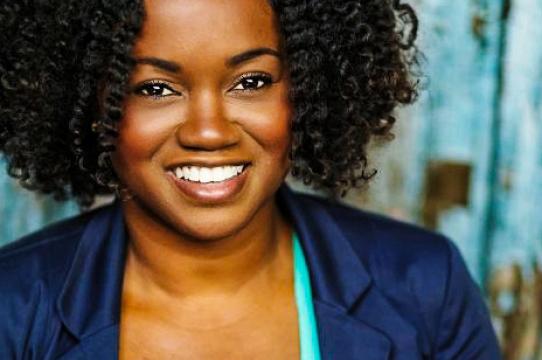 As the only Black person in that department, he started being approached by other Black students about doing theater. The students were extremely eager to act but the plays being produced did not include diverse playwrights or stories, and the students weren’t being cast. “These students wanted to audition, be involved in the arts, and portray roles they could connect to but found these shows were not offered or directed at the university,” said Williams.

Williams was motivated to change that. He knew it would be a lot of extra work and effort, but he persevered and put together a production of Ceremonies in Dark Old Men by Lonne Elder III. “I directed the play on my time and dime, with no access to costumes and minimal access to props, and the student actors received no academic credit,” he said.

Performing four shows during a weekend run at the Stevenson College Event Center, the production was a resounding hit, garnering a total of over 500 audience members. Williams knew he was on to something and formed the African American Theater Arts Troupe along with $1,500 he raised to start a scholarship fund for his students in need.

Growing up in Michigan in a lively family of ten children, Williams learned at an early age how to successfully collaborate and communicate. He also knew from an early age that theater arts was to be his calling. He eventually majored in theater arts at Michigan State University and then moved to Los Angeles, earning his MFA at the University of Southern California (USC).

While at Michigan State he founded the Last-Minute Hook Up Theater Company, which was the first Black theater troupe at the university. He arranged for various shows including dance routines and comedy skits to be performed at community centers and churches throughout Lansing.

Before attending USC, Williams landed work at the legendary Ebony Showcase Theater in LA, the oldest Black theater in California, doing just about everything. The theater was operated by Nick Stewart, famous for his role as Lightnin’ in TV’s The Amos ‘n’ Andy Show. “I worked with Mr. Stewart for about two years doing technical operations, running shows, and repairing lights and sound equipment,” recalled Williams. “Being mentored by Nick Stewart was quite a learning experience as he owned his theater and had various productions that were showcased.” 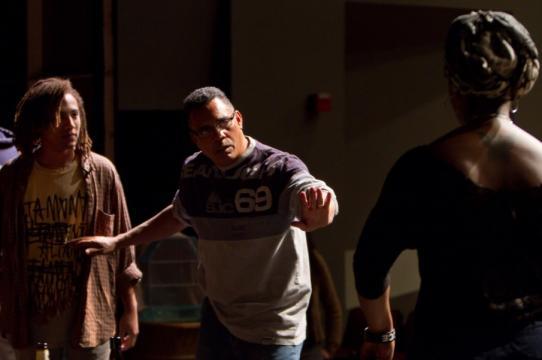 After arriving at UC Santa Cruz and establishing AATAT, Williams got to work producing plays by such notable African American writers as August Wilson, James Baldwin, Lorraine Hansberry, Ron Milner, Langston Hughes, and many more. He also put the productions on the road, so that other African American communities could enjoy them.

“The students had a great desire to learn, embrace the opportunities, and give back to the community,” says Williams. “We began doing outreach in the community and surrounding areas such as Monterey Peninsula College and the City of Seaside City, the home of Fort Ord and a significant Black community. We performed at Santa Cruz High School and Louden Nelson Community Center in Santa Cruz for many years.”

A couple of years after starting AATAT, Williams founded Rainbow Theater in order to bring other communities of color on campus into the theater arts arena. He then formed the Cultural Arts and Diversity Resource Center (CADrc) as an umbrella organization for both groups. Rainbow produces plays selected by students in a 5-unit course and focuses on works by African Americans, Asian Americans, and Latinx Americans. Every year, AATAT also awards scholarships to five of its students. Every quarter, CADrc sponsors an outreach team to connect with local and Bay Area high school students of color and talk about how a university education is attainable for them.

“For over 30 years, Don Williams and his African American Theatre Arts Troupe have embodied our campus’ values for cultural diversity and artistic expression,” says Interim Dean of the Arts, Professor of Dance, Ted Warburton. “We in the Arts Division celebrate these major contributions to our community and we look forward to supporting AATAT for years to come.”

“AATAT has been a retention arena providing students a place of inclusion at the university and allowing them to be recognized and embraced by staff and faculty,” says Williams. “Many students feel the strain of isolation on campus and have a greater desire to connect with others. Because of needing connection and belonging, we have many non-theater arts majors who get involved with the productions. Also, some students who major in performing arts chose this profession because of having the opportunity to be involved. We have graduated insightful and talented students in the areas of acting, technical theater, and film.”

Some of Williams’ favorite memories are when AATAT performed Fences by August Wilson in 1998 and A Raisin in the Sun by Lorraine Hansberry in 2018. For Fences, AATAT collaborated with Monterey Peninsula College to get a set built for $6,000, and the play had a longer, three-week run with his students receiving additional academic credit for their acting work.

A Raisin in the Sun featured UCSC alumna and actor Adilah Barnes (Cowell ’72/Roseanne, Prime Suspect, Erin Brockovich) who mentored the students for several weeks. She recalled at the time how, not only was she honored to be back at UCSC, but she especially was thrilled to be working with Williams who she had worked with before on various projects.

Williams is looking forward to celebrating the 30th anniversary of AATAT in 2021 and promises a lot of fun surprises and events. His goal is always to enrich his students’ lives and empower them. AATAT and Rainbow are still the only student-run troupes focusing on African American and multicultural theater in the entire UC system.

“There is a great need to support, showcase, and galvanize a greater appreciation and respect for Black theater and the service it brings to the world,” he says.

To find out more about how to support the Cultural Arts and Diversity Resource Center, please visit: www.cadrc.org.