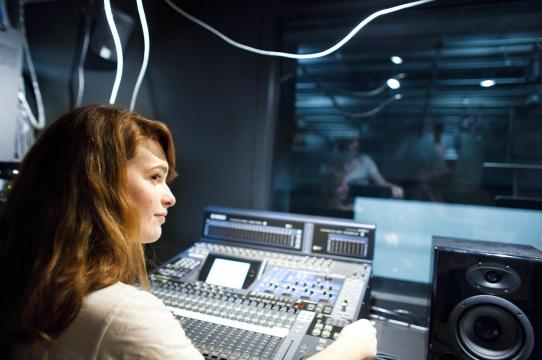 USA Today recently reported that UC Santa Cruz has been rated as one of the best universities in the country at which to major in film. College Factual, a data-driven organization that ranks programs and institutions of higher education, compiled the top-ten list of programs.

The rankings noted that many graduates of UCSC’s Film and Digital Media program are trailblazers in their field, often becoming successful industry leaders due to their firm grounding in all aspects of film history, theory, and production.

Up against some stiff competition from schools that are traditionally recognized for their film studies programs, including University of Southern California, UCLA and New York University, UCSC was cited for its innovative program that focuses on the cultural impact of film. The review also noted that UCSC students “strengthen their critical thinking skills by analyzing cinema and new media, while also learning about production and filmmaking.”

“I’m thrilled about the ranking based on our amazing faculty, staff, and students,” said David Yager, Dean of the Arts at UCSC. “The Arts Division and UC Santa Cruz have invested significantly in the Film and Digital Media program over the last few years. I’m very grateful that our investment has paid off for all of us.”