The prestigious Getty Research Institute has invited Carolyn Dean, professor, and Albert Narath, assistant professor, both from UC Santa Cruz’s History of Art and Visual Culture department, to join other scholars in residence at the Institute. Dean will join the group of Getty Scholars and Narath will be part of the Postdoctoral Fellows group. The residency will be from September 2016 through June 2017 at the Getty Research Institute in Los Angeles. 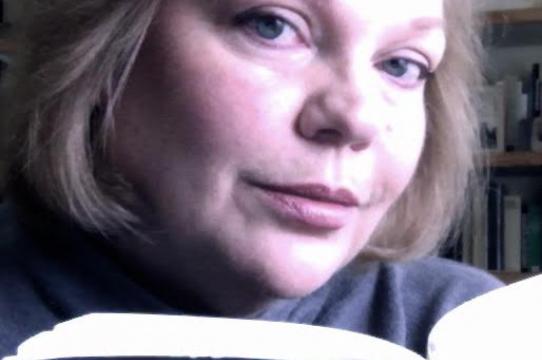 Dean is looking forward to being able to engage in research full time for an entire year, devoting her time to writing without having to worry about any outside interruptions. The residency will give her the opportunity to lay the groundwork for future publications. “I’m looking forward to being part of what my HAVC colleagues are calling ‘HAVC South’, given that both Albert and I will there,” said Dean, who, in 1996, also was awarded a Getty Postdoctoral Fellowship.

“I will use my time at the Getty to finish a book project, tentatively called Modernism in Mud,” said Narath. “The book traces the reception of Pueblo building traditions within the practice of architectural history in the 1960s and 70s. In four chapters based on extensive archival research and interviews, I explore the complex and sometimes conflicting ways in which the adobe forms, land practices, and ritual cultures of Pueblo communities were upheld as models for the relationship between architecture and nature.

“I argue that during a period punctuated by the oil embargo of 1973, these investigations constituted a critical site of debate as architects, art historians, and curators sought to redefine the methods and scope of architectural history, as well as the agency of the historian, in light of a growing awareness of ecological crisis. Unlike scholarly writing that attempts to distill the ‘lessons’ learned by modern architects from ‘primitive’ sources, my research brings outside views of Pueblo architecture into dialogue with the contemporary work of Native scholars and preservationists who confronted the profound environmental and cultural forces that transformed the structure of Pueblo communities themselves since the 17th century.”

“In the fifteenth and early sixteenth centuries, the Inka of western South America revered certain freestanding boulders and outcrops, some of which they carved,” said Dean. “The fact that many of these carved rocks are non-imagistic or aniconic has proved challenging to art historical method since art history, as a discipline, has tended to prioritize imagery even to the point of refusing to recognize the fundamental differences between images and non-images.

“Archaeology for its part has not demonstrated much interest in aniconology beyond its ability to define distinct artistic styles despite the fact that non-imagism characterizes many non-Western and ancient visual cultures. Moving beyond Inka rockwork, the focus of my most recent research, I propose to undertake a cross-cultural study of non-imagistic visual traditions expressed in a variety of media—basketry, textiles, painting, geoglyphs, and carving. I am interested in the communicative force of non-imagistic visual culture and the pressure it puts on viewers to focus attention on the facturing process, on the hands and the minds of the individuals who produce it. This project is also trans-historical with interest in both ancient cultures and contemporary artists.”

Applications might address such questions as: What might a more anthropological history of art, or a more art-historical anthropology, offer? What can the disciplines learn from one another? How might a collaboration of art-historical, anthropological, and archaeological methodologies help us understand and rewrite the histories of art, material objects, and artisanal practices? The Getty Research Institute invites proposals from scholars and fellows on these and other issues addressing the relationship between art and anthropology.