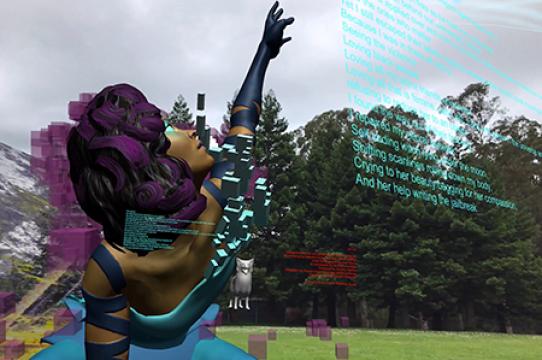 As the skies across the San Francisco Bay Area turn an eerie dark mix of orange and gray from the massive fires burning across the American West, the perils of climate change seem clearer every day.

But if somehow that still doesn’t convince you of the need for immediate action to mitigate its effects, you might check out Sin Sol, a new art game by UC Santa Cruz assistant professor of Art & Design: Games and Playable Media, micha cárdenas.

Sin Sol (No Sun) is an augmented reality game that allows players to experience the feelings of a climate change event. Set 50 years in the future, it tells the story of environmental collapse from the past—which is our present in 2020. 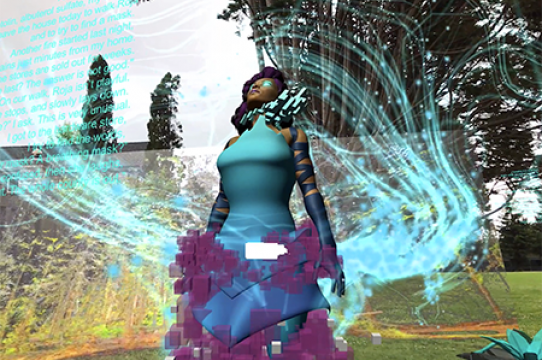 The game explores the intersection of personal trauma with environmental trauma, and how the feeling of being unable to breathe intertwines with the effects of climate induced wildfires. Part environmental archiving project, the environments in the game include actual 3-D scans of present-day forests from the Pacific Northwest.

Users play by walking in real physical space to move through an augmented landscape with a holographic AI character named Aura, a transgender Latinx woman, and her dog Roja. With the goal of multispecies survival and solidarity, the dog guides the players on a journey to escape the wildfires and find oxygen capsules which contain poetry, telling more of the story as they progress through the landscape.

“Sin Sol is an art game about the ways that climate change is differentially affecting people along lines of race, gender, ability and immigration status,” said cárdenas. “It tells this story through a personal narrative in a science fiction framework.” 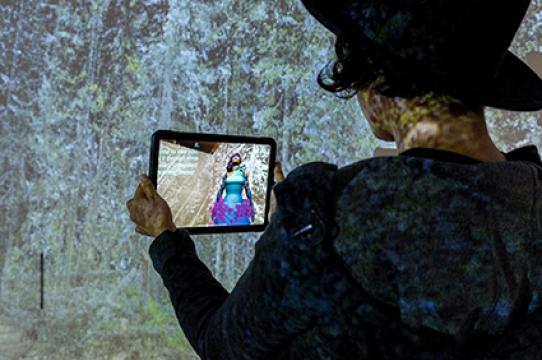 “The game learns from UCSC professor emeritus Donna Haraway's urging in her latest book for us to ‘stay with the trouble’ of climate change, to face the difficult feelings we have, of loss and grief, so that we can push through and find beauty and companionship, even in a world on fire,” she added.

Developed over three years in collaboration with a number of artists, Sin Sol was created with the Critical Realities Studio—a studio/lab for critical theory and art practice at UC Santa Cruz. Directed by cárdenas and supported by the Arts Division, it focuses on pressing issues the world currently faces, including climate change, racism, and gendered violence. 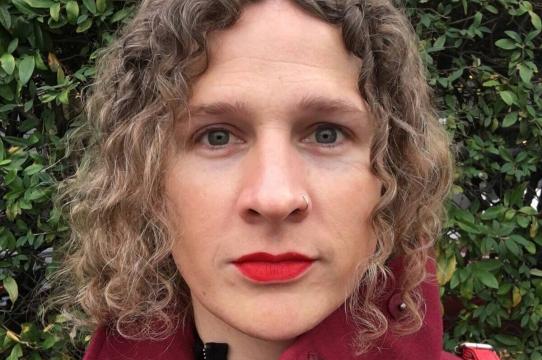 Cárdenas additionally did live performances of poetry and dance related to the project at the Thessaloniki Bienniale and the Leslie Lohman Museum.