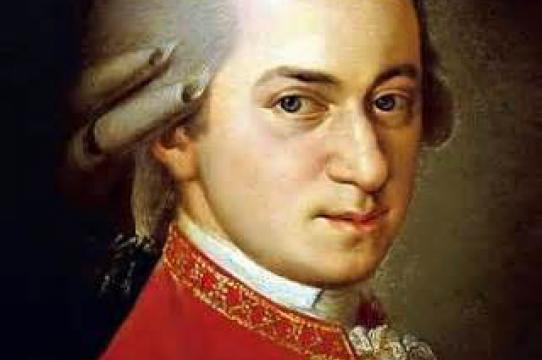 Some composers had a special flair for probing the human comedy with crowd-pleasing appeal. Wolfgang Amadeus Mozart was certainly one of the late 18th century geniuses whose music continues to charm and inspire. It's no surprise then that, under the direction of Brian Staufenbiel, and the baton of Nicole Paiement, the UCSC Music program's opera students are putting the finishing touches on a vivacious Spring production of Mozart's perennial favorite, Così fan tutte.

Drawing upon a deep roster of professional-quality music majors, the company promises a spirited version of this delightful opera buffa in two acts, to run Thursday May 30 through Sunday June 2.

Written the year before he died, Mozart's Così has enchanted singers and audiences for two and a half centuries. The libretto was written by Lorenzo Da Ponte, who collaborated with Mozart on two other operatic landmarks—The Marriage of Figaro and Don Giovanni. Sampled from various crowd-pleasing sources, Da Ponte's plot is a frothy blend of Shakespeare (who himself often "borrowed" plots from earlier Italian folklore) and bawdy tales from ancient Rome.

In this fully staged production, UCSC singers take on the sit-com saga of two sets of lovers—specifically a pair of sisters whose soldier sweethearts are utterly confident as to their girlfriends'' faithfulness. All turns to disguise and duplicity when a worldly acquaintance offers to bet the men that, given the chance, the ladies would easily succumb to other lovers. Remember, the opera's title translates as a comment on women's fickleness—"That's what they're all like." The two army officers decide take that bet and the rest is history.

Mozart's Così fan tutte is the highlight of a year of preparation by UCSC's renowned opera program.

See the Events page for details about times and tickets. Don't miss it!