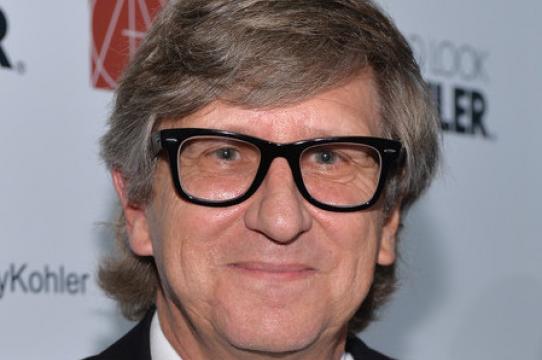 "I started working with Spielberg way back on Goonies in 1984. He was executive producer and also second unit director. I was assigned to join him on the second unit, and that started things off," Carter recalls. "Then when he started working on Amazing Stories for TV he thought of me for that project. And for the next two years I worked on the series, which led to a meeting with Robert Zemeckis." Carter "bounced back and forth" between Zemeckis and Spielberg, working on films such as Back to the Future, Jurassic Park, Forrest Gump, War of the Worlds, for the next 25 years.

Carter recalls his connection with Steven Spielberg beginning something like this. "The production designer for Goonies was out of town, so I took Spielberg on a tour of the sets. I also gave a narrative of the design ideas as I gave the tour. Spielberg responded to the sets and to my narrative. And that led to the beginning of our relationship."

Amazing Stories was really a kaleidoscopic of a series," Carter says.  It took me through many kinds of imagery, and that suited my former hippie days background, my time at UCSC, and my traveling around the world. I dropped out of Berkeley and went on the hippie circuit traveling in 1970," he confesses. "When I came back, I went to UCSC and studied painting. I even dropped out of UCSC for 4 months to go back to Asia." Carter had traveled as far as Bangkok on his first odyssey, but eventually travel burn-out caught up with him. Still "I felt I'd never explored enough of what I wanted to see. So the second trip I went back to Bali and that experience became the source of my artwork. It all came from those journeys."

I have two types of vision," the art director explains. "I'm near-sighted in one eye and far-sighted in another." His unusual combination of near and far vision became a metaphor for his artistic design. "The far-sighted vision is place oriented—derived from my trips. The hippie trail, the quest. I was seeking out places that would help me build my own sense of identity. Traveling to foreign places did that. And my job as a production designer is to create a spirit of place—an aesthetics of place, much like my own personal journey."

Carter recalls that when he did Back to the Future II ,"I was projecting myself into a future place.  I had never seen Marin in the future." he laughs, "so I referenced Katmandu in 1970, an eclectic place with a variety of overlapping cultures. A place I would want to be."

The metaphorical mapping of visionary space and cinematic space proved a Carter signature style of art direction. "In Jurassic Park I tried to think of a profound place—I went to the Dome of the Rock in Jerusalem—where the past is coming into the present." Inspired by this interweaving of past and present, Carter utilized the technique in his work for  Jurassic Park. "These are emotional visions."

For Lincoln we had two photos and one sketch of what his living room, and private rooms looked like. We followed those meticulously," he recalls. "As far as the feel of the film, I was looking for a sense of place that felt haunted as he, Lincoln was haunted by the war, and also as we are haunted by our image of him now. The story we envisioned was a personal portrait," Carter confesses. "That's what comes across in the movie, not a grand sweeping overview. That's closer to the work I do as a portait painter. The portrait is a metaphor of far-flung places taken together that then go deep inside."

Carter freely admits that his is an artistic process not easily articulated. "As far as why directors want my work, I think it's because I'm good at turning on, tuning in and tripping out," he says without irony. "As far as moments of design success, in Lincoln there is one scene—the aftermath of the Petersburg battle—where we see the tremendous toll taken. I believe that's a 'disasters of war' tableau. Since 2001 all my films have been about war, and that scene sums it all up."

Back to the Future

I was very happy to work with James Cameron at the time that Avatar came available, "Carter contends, "but if I had it to do over again, I always prefer to work with Spielberg. He offers a very large canvas. He grows as a director, and he trusts me. We have a shorthand relationship after so many films together that works quite well.  It's always rewarding to work with him—he's complimentary and respectful.

Carter also believes that as a director Spielberg has "grown from 1984 until now. It's not that often you get to grow with someone artistically. But I have also enjoyed working with Bob and Jim and also now Zach." Rick Carter admits that he has been very lucky. "It has also been fun and rewarding." And much of it began in the Arts at UCSC.

"I understand what it is to be in a great collaborative process. And that's why I get asked back."