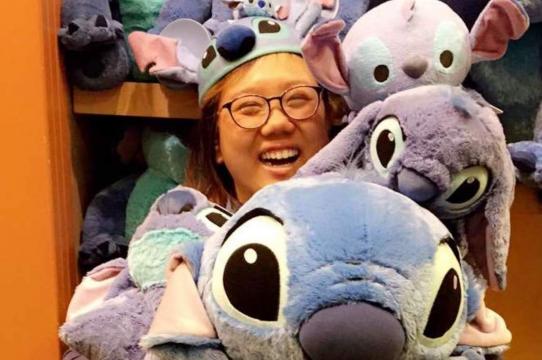 Melanie Ho is a queer Vietnamese American filmmaker and writer who currently works as the Graduate Student Coordinator at UC Santa Cruz’s Women’s Center. She’s in her second year, pursuing an MFA in the Social Documentation program (SocDoc). Ho earned her BA in East Asian Studies, Gender and Sexuality Studies at Princeton University.

"I choose to attend UCSC because I was reading up on Women of Color filmmakers whose work has stayed with me and found out that Renee Tajima-Peña was one of the founders of SocDoc," says Ho. "I looked into the program and it was exactly what I wanted to do with filmmaking - making sure that it was a meaningful, thoughtful practice that centered communities and social issues. The folks that I met during visiting day were so warm and caring, which well reflects the program!"

Her thesis will culminate in a 20-minute documentary film, entitled sống ở đây | to live here which focuses on the lives of Vietnamese shrimpers and elderly farmers in New Orleans, understanding the reverberations of the past, present in day-to-day labor. It takes a closer look at the releationship between land and labor found in the foodways.

“My goal is to create a collective for folks on the margin (queer, poc, tgnc, etc.) to collaborate on various projects,” says Ho. “In this collective, we would explore storytelling through the intersection of different forms of media. What would it look for a filmmaker, poet, and game maker to work on a project together?”

Right now, she wants to focus her career on editing and is inspired by how music videos and film trailers are cut.

“Working on stories in the South is important to me, as being from the South has become a large part of my identity,” says Ho. “I began my research for this project with an interest in the foodways in this community. However, I only grazed the surface and hope to continue working food identity politics.”