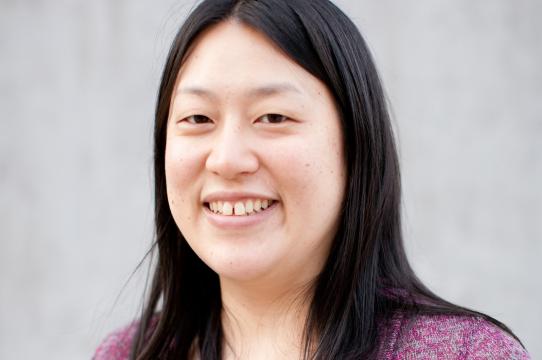 Immigrating from Taiwan to the United States with her family when she was just nine years old, filmmaker Janet Chen learned to speak English by watching American television shows and movies. And, as she weaved her way around her new country’s pop culture and idiosyncrasies via the big screen, she discovered a love for visual storytelling that would eventually determine her entire future.

“I was really able to express myself, especially as an immigrant, using a camera,” said Chen. “In school, I became the yearbook photographer and was also able to connect to the community through that visual medium.”

Now, as an MFA candidate in UC Santa Cruz’s Film and Digital Media’s social documentary program (SocDoc), Chen has already achieved an impressive resume, and is currently the assistant director of the UCLA Center for Ethno Communications in Asian American Studies, where she co-teaches documentary courses with professor and Academy Award-nominated filmmaker Renee Tajima-Peña. 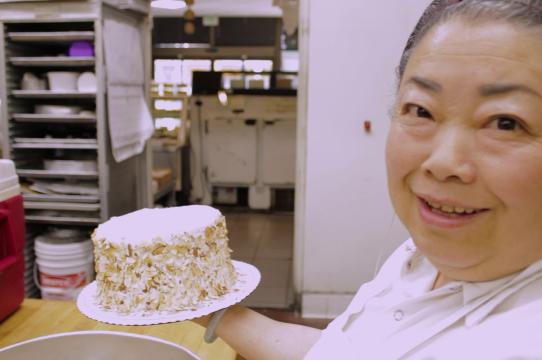 She’s also working on a major social media/multimedia project at UCLA, May 19 AAPI Solidarity, with acclaimed author/historian Jeff Chang and led by Tajima-Peña, that celebrates the resiliency of Asian American and Pacific Islander communities through videos that highlight people coming together in support of shared struggle and activism.

An only child raised by a single mother, Chen, who identifies as a queer, immigrant woman of color, also experienced feelings of isolation but connected with others within the Asian community in Orange County, California where she and her mother settled after living briefly in San Jose, Calif. “As a kid, I loved growing up there,” she said. “It’s a very education-forward area and so there are good public schools, and there’s a fairly large Asian population.”

But, due to their limited finances, Chen was well aware of being less affluent than the other kids in her class, having to skip field trips and other activities due to not being able to afford the fees and money for uniforms and equipment. “I worked from a very early age in high school, babysitting and tutoring,” she said. “I worked constantly and it’s one of the reasons why I started at community college so that I could save money. I couldn’t go directly to a UC or state school because we couldn’t afford it.”

Her mother had earned a law degree in Taiwan but could only get hired as a clerk at an airline counter, which was eye-opening for Chen. She had heard about other immigrants’ parents being doctors but having to find whatever menial work they could once they came to the U.S. It was a harsh reality to see her mother holding down two to three jobs to make ends meet.

“It instilled in me a very strong work ethic,” said Chen. “But it also made me realize that I didn’t want to do that. And if I do have kids in the future, I don’t want them to go through that.”

However, her mom was always encouraging her to pursue her passion. “She never pushed me to go into the typical professions that were expected of my peers, so I was able to explore my creative side in the arts. That was huge. It helped me figure out how to navigate what I really wanted to do.”

After putting herself through community college, Chen transferred to UC Irvine where she continued to excel while still working to pay the bills. At that time, she envisioned herself telling stories through writing and was an English major. “And then I went to the film department’s open house one day just for fun, and on that day I switched to film,” she said with a laugh. “I think it had always been my calling, but I had danced around it and then finally….”

Upon graduation, with her film degree firmly in hand, one of Chen’s professors introduced her to some filmmakers in Los Angeles who were connected with UCLA. That in turn led to Chen meeting and working with documentary filmmaker Grace Lee who has become an enormous influence on Chen’s work.

As she continued making connections within the local film community, she found a job at UCLA extension while also pursuing her own film projects. From there, she became more immersed in Asian American filmmaking by getting a job at Visual Communications Media, which supports Asian American and Pacific Islander filmmakers and produces the Los Angeles Asian Pacific Film Festival.

During this time, she made another very important tie that further defined her. Describing herself as coming out later in life, Chen connected with Outfest, a Los Angeles-based nonprofit that supports LGBTQIA+ filmmakers and media artists. “I’m also part of the LGBTQ community, so those are my two niches, my identity.”

She also taught after school programs for younger students and one for seniors that encouraged them to tell their personal stories via filmmaking. “That really became a huge motivator for me and opened my eyes to community filmmaking,” she said. “All sorts of Asian American elders wrote their stories and let me help them turn them into short films.

“Sometimes it was hard for them, being part of a generation where you just didn’t talk about your history. And especially for many Japanese Americans who wouldn’t talk about their incarceration experiences in the World War II camps. I wanted to tell their stories and make them into short films.”

Instructing that class made her realize how much she missed working in education, so she reached out to the people she knew at UCLA and became part of the ethno communications program there, working alongside Renee Tajima-Peña, teaching college students how to tell their stories through film.

The more she heard other people’s personal narratives, the more Chen thought about her own family memories. She decided to go back to school during what has been a successful teaching and filmmaking career so that she could have time to focus solely on her own project.

After meeting with SocDoc’s professor and renowned documentary filmmaker, Jennifer Maytorena Taylor, she knew that UC Santa Cruz was definitely the right place for her to be. “That’s why I’m here at UC Santa Cruz because SocDoc is really such a perfect program for me because it marries community filmmaking with a higher level of professional filmmaking.”

Chen is currently working with award-winning filmmaker Celine Parreñas Shimizu, the dean of the UCSC Arts Division, on her shorts series about racial inheritance through the lens of Japanese American families and post-incarceration camp life. She’s line producing the films, and also got one of her SocDoc cohorts, Toyoko Matsuo Saindon, involved as the assistant editor.

She’s looking forward to focusing her work on mental health issues, intergenerational trauma and intergenerational legacies by considering her own family, but she’s also inspired by her students at UCLA. “I really would like to see how younger generations can reach out to the older generations and help them with feelings of worthlessness that they have sometimes,” she said. “I love seeing students get that light bulb moment, whether they’re hearing about us talking about an Asian American community and they realize that they’re also making that connection with their own families, or with themselves, or discussing how to tell a story…you know they’re on the verge of discovering something.”

During the next couple of years as she pursues her MFA, Chen is thrilled to be at UC Santa Cruz and to be working with her SocDoc cohort. “I’m definitely going to relish my time here,” she said. “I’m extremely excited to go to the campus and really get started!”