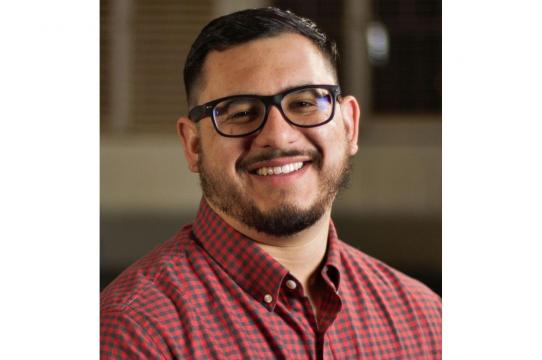 When he arrived at UC Santa Cruz, Adrian Centeno was already a seasoned drama teacher with aspirations to be engaged with arts management. He was assigned to be one of the managers of the Theater Arts program, Barnstorm, where he thrived, bringing a vision of inclusion to the program. As a result, the Barn became more popular among a wider and more diverse group of UCSC students.

Early on, Centeno exhibited a tremendous capacity for more scholarly, theoretical work. In his thesis, Centeno convincingly and elegantly applied Gloria Anzaldúa’s framing concept, nepantlerismo, as a governing ethos for arts administration in the current American environment of increasing diversity and politicization of art. His case study consisted of his collaborative administration of the Barn space and his thesis has been in use by Barn managers ever since as a model for expanding inclusion, and also for conflict resolution and mediation.

In the four years since earning his MA in Theater Arts, Centeno has skyrocketed to national prominence in the field of dramaturgy. He has worked as a dramaturg at San Diego Repertory, Childsplay Theatre in Phoenix, the Ensemble Theatre in Santa Barbara, the Jewel Theatre in Santa Cruz, and Company of Angels in Los Angeles.

“Adrian is one of our most successful recent graduates and he's making us all very proud,” said Professor Michael Chemers, who Centeno studied with extensively on the topic of dramaturgy in theory and practice. “He’s intelligent and positive in all he does,” added David Cuthbert, Professor and Chair of Theater Arts.

As an educator, Centeno is the Program Coordinator for UCLA’s Theater Summer Institutes, he teaches Dramatic Theories at California State Long Beach, and he has guest lectured in theater at UC Riverside and USC. Finally, he serves on the National Endowment for the Arts Musical Theatre Grants Panel.