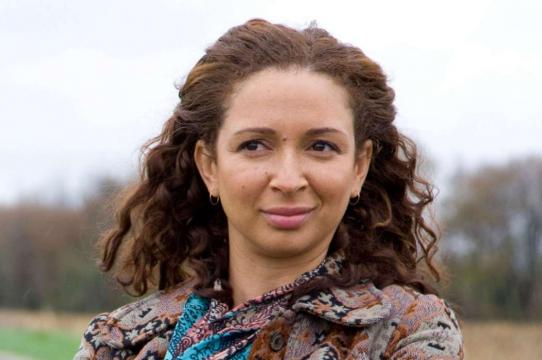 This year, the 2020 Creative Arts Emmy Awards were presented virtually over five nights, culminating with the 72nd Primetime Emmy Awards main ceremony, broadcast on ABC and hosted by Jimmy Kimmel.

Last night, UC Santa Cruz alumna Maya Rudolph picked up her second Emmy of the week for her impression of California senator and Democratic vice-presidential candidate Kamala Harris on Saturday Night Live, in the category of Outstanding Guest Actress in a Comedy Series.

A few days before, Rudolph had received her first-ever Emmy trophy, this time for Outstanding Character Voice-Over Performance, as the voice of Connie the Hormone Monstress, on the animated Netflix series, Big Mouth. 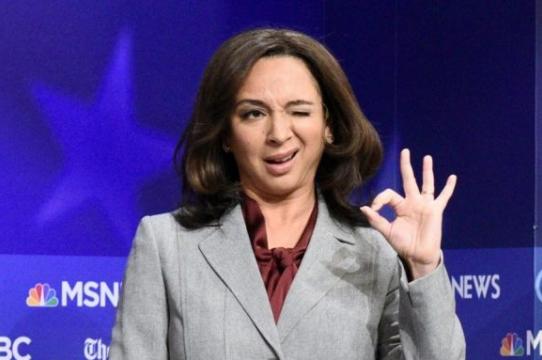 Rudolph had a total of three Emmy nominations this year, but was actually competing with herself (along with Angela Bassett, Phoebe Waller-Bridge, Wanda Sykes, and Bette Midler) in the category of Outstanding Guest Actress in a Comedy Series. Her role as a judge in NBC's The Good Place made Emmy history by earning Rudolph a double nomination in the same category as the SNL show.

Backstage in the press room, she recalled that her Good Place character’s wardrobe had been inspired by Supreme Court Justice Ruth Bader Ginsburg, who died on Friday.

Before turning to comedy in the 1990s, she enjoyed a brief stint in the music biz. Her first band, Supersauce, was formed at UC Santa Cruz with fellow students, and she went on to sing and play keyboards with The Rentals, touring the United States and Europe. After leaving the band, Rudolph joined the legendary improv troupe, The Groundlings, before heading off to SNL. 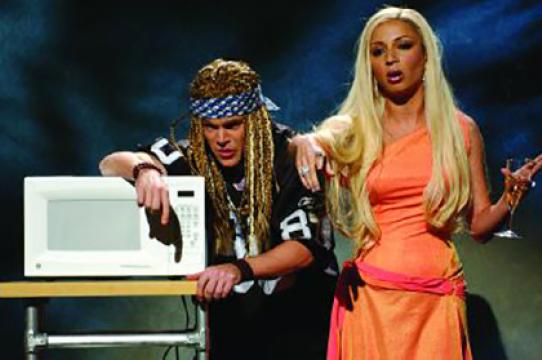 She has since gone on to star in several high-profile films, including Grown-Ups, The Zookeeper, and the international hit Bridesmaids. Rudolph has also lent her voice to the animated films Shrek the Third and Big Hero 6.

Her television work includes the CBS medical drama series City of Angels and Chicago Hope. She also co-starred in the NBC sitcom Up All Night, with Christina Applegate and Will Arnett, and co-hosted an NBC variety series, Maya & Marty, with Martin Short.

Rudolph also occasionally performs with "Princess," the cover band that she created with fellow UCSC alumna Gretchen Lieberum through their mutual love of Prince’s music. Together, they have performed at such venues as the Hollywood Bowl, Late Night with Jimmy Fallon, and Yoshi’s in San Francisco.