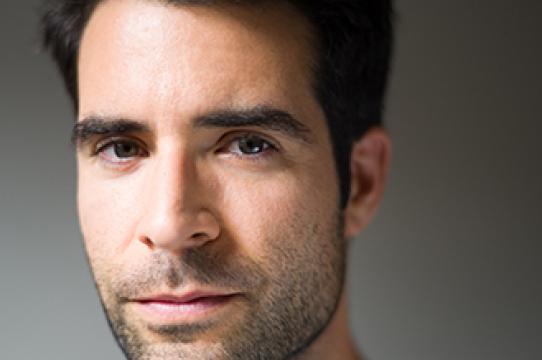 UC Santa Cruz alumnus and conductor William Long (B.A. Music ’11, M.A. Music ’13) has had a passion for music since he was six years old. Holding onto that passion through high school and into his years at UCSC, Long now finds himself on international stages conducting both opera and symphony productions for award-winning composers.

“I’m honored because I feel that UC Santa Cruz did a lot for me,” Long said. “It means a lot to be recognized by the university.”

After graduating from UCSC with a B.A. in Music and an M.A. in Music with a concentration in conducting, Long immediately began his professional career as an Assistant Conductor at San Francisco’s Opera Parallèle. He prepared productions of Jake Heggie’s Dead Man Walking, Terence Blanchard’s Champion, and many more.

Long said his first step into the professional music industry wouldn’t have been possible without former UCSC Director of Ensembles Nicole Paiement. A close mentor of Long’s, Paiement is the Artistic Director of San Francisco’s Opera Parallèle and landed Long his first job as an assistant conductor in the music industry.

“I learned a lot from watching her and working with her, and then she opened the door for me into the professional world,” Long said. “She was basically the springboard for my whole career. I think none of this would have happened without her.”

After gaining additional experience in San Francisco, Long worked with Washington National Opera, Opera Theater of St. Louis, the St. Louis Symphony Orchestra, the Metropolitan Opera and is currently based in London serving as a cover conductor for the London Symphony Orchestra.

“Conducting Fire was a life changing event for me,” Long said. “Not only was it my first time leading a production at this level, it was also a world premiere of a piece which explored narratives and experiences that are not often represented on the opera stage.”

Long said he didn't get a completed full score until the first day of rehearsal.

“We continued to tweak the piece up until opening, cutting scenes, adding new scenes, changing the vocal lines, and changing the orchestration. It was a very collaborative effort which is my favorite aspect of making music and the main reason why I wanted to become a conductor. I feel honored to have played a part in bringing such an important work of art to life.”

Building a passion at an early age

As a child, Long enjoyed television shows and films like Looney Tunes, Star Wars, and Indiana Jones, which caught his attention not by typical means, but for the screenings’ use of classical music in their soundtracks.

Building a fascination with classical music at an early age, Long asked his mother for piano lessons when he was six years old. He continued lessons through his school years and joined his high school band program in Half Moon Bay, where he grew up.

It was at a high school jazz band festival hosted at UC Santa Cruz’s Music Hall that Long fell in love with the university’s campus and the music department’s facilities.

“To be honest, UC Santa Cruz wasn’t even on my radar,” he said. “But, after that visit where we played at the recital hall, I saw the view from the music building overlooking Monterey Bay and I thought, ‘wow, I actually really want to be here.’”

For current UCSC music students, Long emphasizes the importance of taking advantage of tools made available by the Music Department. As a student, Long participated in the orchestra, opera, and chorus programs and played chamber music, served as an accompanist to the string and woodwind studios and even took voice lessons.

“There’s a lot of other people also wanting to do what you want to do,” Long said. “Part of it is just being at the right place at the right time, but you also need to be prepared for when that opportunity arises so that you can embrace it and put your best foot forward. UC Santa Cruz played an instrumental part in preparing me to seize every opportunity.”

Currently based in London, Long plans to return to the West Coast in August and will be working on the world premiere of John Adams’ new opera Antony and Cleopatra, which will premiere at San Francisco Opera in September of 2022. Long will be unable to attend Alumni Weekend 2022 as he will be working on a production of Carmen at the Kennedy Center in Washington, D.C..