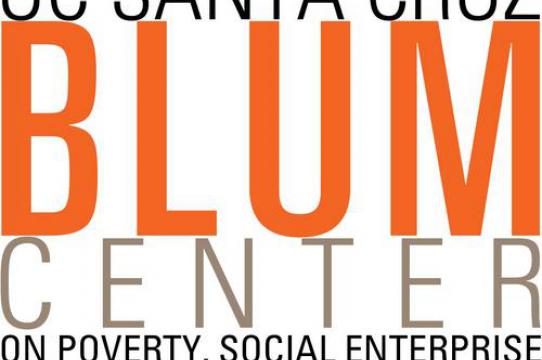 "The UCSC Blum Center in its first year devoted funding for research fellowships to support graduate students across the campus,” said Nancy Chen, Blum Center director and Professor of Anthropology at UC Santa Cruz. “These innovative projects offered compelling analysis and insights onto poverty, social justice, and participatory practice both in the local community as well as in global contexts. Their collective work will hopefully inspire new cohorts of Blum Fellows to delve deeper on these issues that shape our future."

The Film and Digital Media students all had exceptional projects that focused on critical issues, as described below:

Joor Baruah
Adi | At the Confluence
In this moving documentary about the indigenous Adi tribe, who live in the small town of Pasighat by the river Siang in the Indian state of Arunachal Pradesh, Baruah tells the compelling story of their struggle to protect their land, water and identity, at the confluence of an urgent set of issues affecting them and other parts of Northeast India. “I’m very grateful for the Blum Scholarship Award for supporting my project,” he said

“Joor wanted to show the world an inside view of the fascinating people living in the villages in a remote section of India,” said B. Ruby Rich, Professor of Film and Digital Media in the Social Documentation Program and Baruah’s advisor. “Because he grew up in Assam and speaks Assamese, the common language in this area, he was able to maneuver and talk with people.

“What he has brought back is a beautifully filmed set of encounters with, among others: a market woman who explains how selling vegetables has put her daughters through school, a village elder who explains his culture's rituals around death, a boatman whose livelihood is threatened by a bridge under construction in the background of the shot, a pair of aged village chiefs with bows and arrows who are headed out to hunt, and many others. His sensitivity clearly won the trust of the villagers he encountered, and I am looking forward to the finished documentary of his unusual journey.”

Baruah is currently pursuing his MA in Social Documentation and is also a teaching assistant in the Film and Digital Media department. He has an MBA from Central University, India and over 12 years of international living and work experience for profit and nonprofit organizations in the US, Japan, The Netherlands, Germany South Korea, Hong Kong and Singapore.

Adi | At the Confluence will be shown at the Del Mar theater in downtown Santa Cruz during the first week of June as part of the annual exhibition of thesis films from the UC Santa Cruz Film and Digital Media Department’s masters program in Social Documentation (SocDoc).

“This film illustrates the pressure and tactics used by the police in attempts to discourage protesters fighting for the civil rights of the poorest people in our community,” said Dawson. “Criminalizing people for being homeless is unconstitutional as well as inhumane and extremely costly. The solution is there but the people in power don’t want to listen. The results are shocking.”

Freedom Sleepers addresses how the act of sleeping is a right that all people should have in order to survive. It shows homeless people being woken up in the middle of night, being ticketed, and being told to “move on” but with no place else to go. The film also looks at how the lack of emergency shelters and transitional housing is costing taxpayers millions of dollars due to the high cost of enforcing the laws.

“Israel brings a tremendous amount of heart and passion to his working process and to his current documentary project Freedom Sleepers,” said Jennifer Maytorena Taylor, Assistant Professor, Film and Digital Media in the Social Documentation Program, and Dawson’s advisor. “While his film is set in Santa Cruz, the story has the potential for much broader reach. When it is finished, I hope his film will provoke essential dialogue about our social contract as a wealthy nation with growing inequality.”

The Blum center helped fund the production of the project, which was accomplished last summer. Currently, Dawson is in post-production and the final cut of the documentary also will be screened at the Del Mar theater in downtown Santa Cruz the first week of June. “I hope it helps as another tool to persuade the Santa Cruz city council to address the criminalization of homelessness for sleeping,” said Dawson.

Dawson is currently working on his Masters in Social Documentation and earned a BA in Philosophy at UC Santa Cruz. He’s a teaching assistant in the in the Film and Digital Media department.

Daniel Rudin
Labor Rights are Human Rights: Alleviating poverty through documentary and contract enforcement
In June 2015, Rudin began his ambitious project in Manila where he worked with a coalition of Philippine unions called UNITED, conducting trainings to encourage workers to document and report on labor violations. His goal was to fill the gap between violations of health and safety and labor laws, and public recognition of the abuses.

“Although labor groups can communicate findings to the news media – what little the mainstream media will pick up – the institutional causes remain unaddressed – the primary factor being failure of government enforcement,” explained Rudin. “I have used the Blum Scholar funding to establish an NGO in Manila called the Center for People’s Media (CPM). It will work to build synergy between workers and unionists, mass communications students, and professional newsmakers.” CMP will provide news coverage from citizen journalists that the major networks in the area are avoiding, and focus on workplace human rights and safety issues. It’s primary medium will be social media and a website.

Rudin also conducted three regional and two, two-day seminars in Manila over the past summer. The seminars trained workers on the basics of social media, journalism ethics, interview techniques, and cell phone video production. The workshops have already had impressive results, with participants producing investigative reports on such heated issues as extra-judicial killings and international labor disputes in the tuna industry. “Perhaps most importantly, these seminars build CPM’s viewership by familiarizing organized workers to the system of providing user generated content, training them as contributors, and providing a structure to produce and deliver the content,” said Rudin.

“I have worked closely with Daniel since he arrived at UCSC and I remain thoroughly impressed with his intellectual acuity, his aesthetic sensibility and his politics,” said Sharon Daniel, Professor, Film and Digital Media Department, and Rudin’s advisor. “Daniel participated in my research seminar and also took an independent research course with me. His performance was outstanding. I’m particularly excited by the participatory and ‘sustainable’ nature of his project – creating documentary media for political advocacy by training and enabling new documentary makers with media and social media tools.”

Rudin is a PhD student in Film & Digital Media at UC Santa Cruz, and has an MFA in Transmedia from University of Texas at Austin, and a BFA in Industrial Design at University of Illinois at Urbana-Champaign. He’s also a board member of the People's Media Advocacy, Asia, a registered Philippine NGO, where he’s setting up the project described in his Blum presentation.

Blum Scholar grants are offered to highly motivated students enrolled and in good standing at UC Santa Cruz. Funds can be used to pursue community-based research either domestically or abroad on poverty, social enterprise, and participatory governance. The grants will be offered again this year with more details being announced in April.

The UCSC Blum Center, which opened in 2015, builds its initiatives in undergraduate education on existing programs, projects and research at UC Santa Cruz, focused particularly on “learning by doing” and creation of social entrepreneurship and enterprise, in concert with undergraduate research opportunities to work with faculty, focused training workshops for students and practitioners from civil society partners, scholarly conferences bringing together students, scholars and poverty activists from the U.S. and the Global South, and public outreach programs.