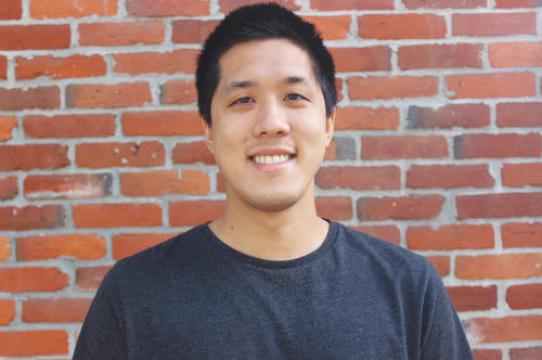 Since he was a young boy, Billy Woo has had a fascination with museums, and that interest is what eventually lead him to a journey of a lifetime as he now gets ready to do research at the Vietnamese Women’s Museum in Hanoi, and the Southern Women’s Museum in Ho Chi Minh City (Saigon) during the next winter break. Woo is a junior transfer student at UC Santa Cruz, majoring in History of Art and Visual Culture (HAVC), and became interested in museum studies, and specifically the museums in Vietnam, after being inspired by one of his HAVC professors, Boreth Ly.

“When I first came to UC Santa Cruz (from Pasadena City College) and met with the HAVC advisors, we talked about my interest in Asian Art and museums and they recommended that I connect with Boreth,” said Woo. “Boreth suggested that I look into the Vietnamese Women’s Museum because it’s one of the only museums in the world dedicated to women.”

The was enough to pique Woo’s curiosity and he decided that examining another culture’s methods in museum presentation would be an amazing opportunity. He was also taking HAVC 40/Museum Cultures: The Politics of Display, and learning about the history of displaying and collecting art, including how stereotyping and hierarchy play into museum presentation and political messaging, which further his desire to visit the Vietnamese museum.

With encouragement from Ly, Woo applied for the HAVC/Porter College Scholarship with a proposal outlining why he wanted to do research there and what he planned on achieving, and was thrilled when he was awarded the funding to go. “I’m so grateful, especially as a transfer student, to get this scholarship,” he said. On top of that, he recently was given additional financial support to also visit and study the Southern Women’s Museum in Ho Chi Minh City. Since he was already traveling such a long way to visit the museum in Hanoi, his HAVC advisors suggested he also use the chance to learn about the other women’s museum in Ho Chi Minh City.

"Billy Woo is one of the most conscientious, disciplined, and hard-working students I have had the pleasure of teaching,” said Professor Ly. “He is passionate about pursuing a career in museum work, and I support him wholeheartedly on this path."

As a kid growing up in Arcadia, California, who liked going to museums (thanks to having parents who exposed him to them), Woo laughs about ending up going on museum excursions alone. “It’s hard to find a group of friends when you’re younger who want to hang out at museums. I’d say, ‘Hey, guys, do you want to go to the museum with me?’ And they’d say, ‘No!’

One of his favorite places to visit was the California Science Center near the University of Southern California. Another of his favorites is the Museum of Jurassic Technology in Culver City. “It’s a museum about museums which is what I really like about it,” he said. “A lot of the displays have things that are too weird to be true, but written about in such a way to make them believable because they’re eloquently written with authority. It’s basically a critique of museums.”

Woo also enjoys the California Academy of Sciences and de Young in San Francisco, and has been interning at the Museum of Art and History (MAH) in Santa Cruz where he’s been for the last year. He started as a gallery host and now helps out with guerrilla marketing efforts for various events there. “We brainstorm different ways to market the exhibitions,” he said. “My last project was for the Beyond Borders event and I looked at different ways to get the community more involved. I put together flyers that asked ‘I go beyond borders by…?’, and handed them out at the Farmer’s Market. People really got into it and had fun answering the question. We got some great answers.”

Another museum he’s hoping to intern at is the Smithsonian Museum of Natural History, via the University of California Washington Center (UCDC) program. “I recently applied to be part of the UCDC program where you go to Washington, DC and live on the UCDC campus.” He’s never been to that part of the U.S. and would love to be able to see all of the Smithsonian institutions.

After graduating from UC Santa Cruz, Woo is thinking about getting more professional experience and also entering graduate school to get a Master’s in Museum Studies at the University of San Francisco. In the meantime, this summer he’ll be living at home with his parents in Pasadena and doing an internship in Santa Monica at the 18th Street Art Center, which is the largest, continuously running artist residency program in Southern California.

As he also prepares for his solo adventures in Vietnam, he’s looking forward to planning how he’ll spend his ten days there, five days at each location. “I’m very excited to go to South East Asia, and I’ll be traveling alone so it will be intense. I’d like to photograph all of the displays and talk to the directors and staff,” he said. “I’m interested in how museums in other countries format their displays, dissipate knowledge to the public and find out what was intended when the museums were created.” His main focus at the Vietnamese Women’s Museum in Hanoi will be on a permanent exhibition there centered around the “Heroic Mothers of Vietnam” award that was given to women who had lost children and/or spouses during the Vietnam War (referred to as the American War in Vietnam).

Of his experiences so far at UC Santa Cruz, Woo, particularly since he’s from the Los Angeles area, is especially appreciating the beautiful scenery, clean air and more relaxed atmosphere. “Everyone is very nice and friendly here. HAVC has great professors who have really helped me. Coming to UC Santa Cruz is one of the better choices I’ve made in my life.”