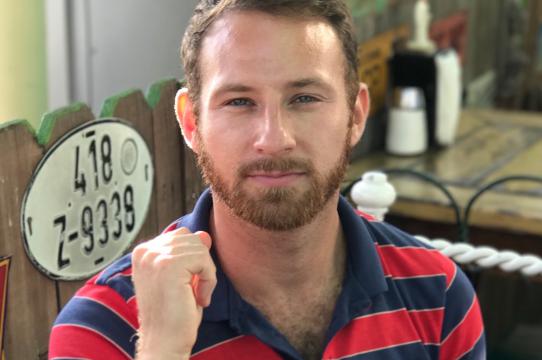 Film and Digital Media PhD graduate student Marc Francis seemed destined to be a storyteller. As a child he put his wild imagination to work, dreaming up fanciful stories and movie plots, and even back then thought of becoming a film director and screenwriter.

Francis recently won the prestigious Annette Kuhn Essay Award from Screen, the United Kingdom’s preeminent film studies journal, for his essay The Asexual-Single and the Collective: Remaking Queer Bonds in (A)Sexual, Bill Cunningham New York, and Year of the Dog, originally published in Camera Obscura 31, no. 191 (2016).

“That this [essay] was awarded by Screen…is overwhelming,” says Francis. “The award serves as validation that my ideas have substance to them, that people might care about what I care about, that folks are ready to shake things up a bit, both politically and academically.”

Focus on Queer Film and Media

With his focus being on queer film and media, Francis’s PhD dissertation examines how the programming of queer art-house films in the 1970s and ‘80s arranged to stimulate viewers, and radically disrupted and reoriented spectators’ understandings of gender and sexual variance.

What brought Francis to study this topic was his fascination with moving images combined with his interest in gender and sexuality issues. A turning point for him came when he was in high school and saw Sally Porter’s groundbreaking film Orlando starring Tilda Swinton. “The film stuck with me for several years,” he says. “I re-watched it in college and recognized Potter’s invention in thinking critically about gender through time.” From there, his interest in queer cinema grew, eventually leading him to complete his Master’s thesis on New Queer Cinema at Columbia University.

As a child, growing up in Westchester, New York, Francis spent a good portion of his time travelling around the East Coast area with his parents, who were antique dealers. And since antiquing wasn’t exactly the most exciting idea of fun from a kid’s perspective, he cured his boredom by conjuring up adventurous stories and movie plots.

“This was before they had DVD players and TV monitors in minivans, so I replayed movies and TV shows in my head while on these long trips,” he said. “I look back now on these antique shows with some fondness, despite the fact that at the time the antiques mostly seemed irrelevant and outdated. It drove me a little nuts to see adults fixate on them. Seems ironic now that I spend a lot of times in archives looking at old artifacts such as neglected ephemera, given my research on film programs…go figure!”

When it came time to choose from three universities where he would study for his PhD, Francis’s choice to attend UC Santa Cruz could be summed up in one word: “Ruby.”

Francis had been closely following the work of Professor B. Ruby Rich (Film and Digital Media Department) and sensed that she would be an excellent advisor for him. “And I was right,” he says. “UC Santa Cruz also was the only school that gave me a first-year fellowship….” In the summer of 2015, Francis also was awarded a fellowship from the Arts Dean’s Fund for Excellence to further support his work. 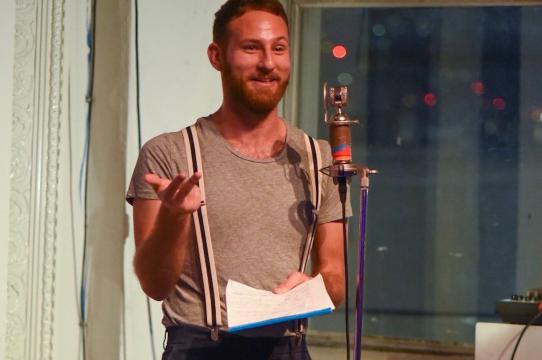 While at Columbia, his advisor had suggested that he pursue the possibility of working with Professor Rich since his thesis focused on her writing as well as the area of New Queer Cinema. The idea took hold – but not after some resistance.

“I was reluctant at first because I had been very critical of these conversations, both from a generational and political standpoint,” explains Francis. “But as it turns out, Professor Rich and I share a good many of the same views and opinions, both in the field of queer film and media criticism, and also more broadly in terms of disciplinary and interdisciplinary trends.”

Francis was fortunate enough to have Professor Rich as his mentor and inspiration when he entered the PhD program. "Marc Francis is exceptional, not just because he can write so well, work so hard, and think with such sophistication, but because he has a passion for film that's impossible to teach,” says Professor Rich. “I've learned so much from working with him that I hesitate to claim any credit for how he's turned out.”

He also appreciated the enormous support he received from Professor Peter Limbrick. “I’m humbled by his generous feedback through the past few years,” says Francis.

"Marc is a gifted and innovative young scholar, one who combines extensive historical and archival research with richly theorized accounts of his objects of study,” said Professor Limbrick. “He is equally attuned to the creative and collective aspects of his research, including video essays and film programming, and I know that the work he's doing for his dissertation project will make a significant impact on feminist and queer histories of film and media. Winning the Annette Kuhn essay award shows that he's already doing just that."

“It shows work that is meant to provoke, push the envelope, disrupt, and unsettle the status quo,” he says. “At Wayward, we create an experience that is not so much predicated on watching rare film prints…but more so on the pleasure of the surroundings and the collective opportunity of watching and reacting together.” 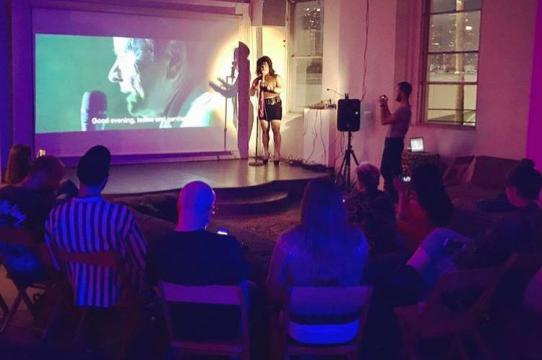 Francis’s friend, drag queen Charmin Ultra, also is usually at the screenings performing and mingling with the audience, adding to the overall “DIY” queer enjoyment of the event.

A devotee of many edgy filmmakers, Francis highlights John Waters, Isaac Julien, Derek Jarman, Greg Araki, Todd Haynes, and Jennie Livingston as the top of his long list of favorites. “Professor Rich’s writing on these films and videos, which I constantly return to, continually reactivates my fascination.”

Regarding scholarship and theory, Francis admires several outstanding scholars with the work of Lauren Berlant being a particular stand-out. “She brings together queer theory, affect theory, and visual (and literary) culture in a way that I find lyrical and dense, and generous,” he says.

"Its Been One of the Best Experiences of My Life..."

When he’s not working, Francis likes to explore the surroundings of his home in East LA, hike in the nearby mountains and travel whenever possible, especially to Mexico City. He knows that his heart will always be in film and television and he looks forward to finishing his degree in the spring, publishing more of his writing, and expanding his curation.

Along with all of his other projects, Francis works part-time for Professor Rich’s renowned journal Film Quarterly. “It’s funny,” he says. “One might think that it’s all too much, that I might as well just head the B. Ruby Rich fan club, but honestly it’s been one of the best experiences of my life, to have a mentor who lends support in a multitude of ways, whose opinion you value and trust, and whose work keeps inspiring you.”