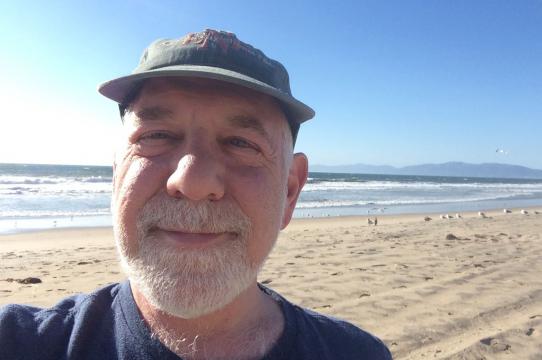 Having been the music editor on over 60 outstanding films during the course of his career, Bill Bernstein’s musical talent is epic. From working on such movies as The Shawshank Redemption, American Beauty (for which he won a Grammy), The Help and Skyfall to many Pixar hits including Finding Nemo, Wall-E, and Finding Dory…it seems like every project he touches is a resounding success.

Born and raised in Highland Park, just outside of Chicago, he attended a high school that luckily offered extensive programs in the arts, especially in music and theater, setting a spark that would deeply influence his future. “I enjoyed acting in the musicals, and also playing alto saxophone with the marching band and jazz ensembles,” he remembers. “I also played bass and guitar in various extra-curricular rock groups. I still will jump at any chance to play or perform.”

When it came time to select a college, Bernstein’s goal was to escape the harsh Midwestern winters and head towards the sun. Having enjoyed visiting his brother, who was living in the Bay Area, convinced him to start looking at Stanford, UC Berkeley, and schools in the Los Angeles area. But then when he happened to check out UC Santa Cruz along the way, everything clicked. “I was taken with the scenery and mellow attitude. It seemed like a perfect fit.”

As a resident of Cowell College, he had a blast playing music, taking long hikes in the surrounding woods, and burning the midnight oil playing Avalon Hill board games with his dorm buddies. They would also venture into town, going to favorite places like India Joze and Lulu Carpenter’s. 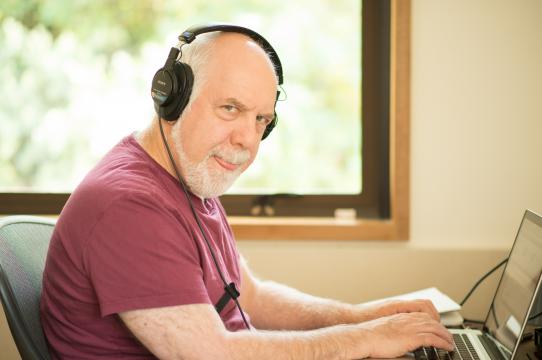 Bernstein was a big part of the local music scene, too, joining several bands, and performing in one band called Sweet Release that opened for Tower of Power at a UCSC-sponsored concert in the fields below Cowell. Another band he was part of, Dance or Die, was a finalist in the Battle of the Bands at the Catalyst.

"I had some marvelous teachers at UCSC"

His expertise in studio recording evolved by spending many nights in the Communications building learning the basics on two, four-track tape decks and a Moog synthesizer. “I had some marvelous teachers at UCSC,” he says. “Both Randy Masters and Gordon Mumma were very influential in my musical development. It was through Randy’s jazz improv class that I met many musicians who became friends and band mates, and it was Gordon’s electronic music program that gave me access to the studio in the Communications building.”

Other professors that he remembers fondly are astrophysicist Peter Bodenheimer, as well as Forrest Robinson who taught one of his favorite courses – a literature class that focused on the works of Mark Twain and William Faulkner.

An unexpected bonus of being at UCSC came when he was sharing a house at the corner of Mission and Walnut streets (since torn down) and met a new roommate. “The house had vines growing in through the cracks and an old pot-bellied wood stove for heat and five or six bedrooms where a parade of students came and went over the years,” he recollects. “One winter I got back from a road trip and found we had a new housemate – a tall, long-haired woman finishing a degree in Latin-American studies at Merrill. We started hanging out and cooking together and one thing led to another. My wife Marianne and I have been together for nearly 35 years now.”

Even though Bernstein was a naturally gifted musician, he was fascinated by math and computer science. It was an especially exciting time for the computer industry when personal computers were still a relatively new phenomenon and an upstart company called “Apple” was disrupting the status quo. Bernstein found work after graduation as a computer consultant, creating programs for companies that wanted to have computers but weren’t exactly sure what to do with them. 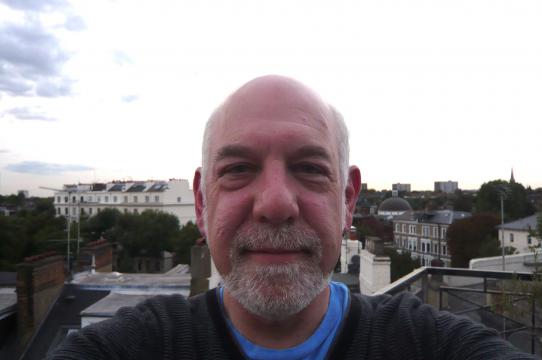 “I worked for various businesses including a stint at the Roaring Camp railroad in Felton, where I designed software to handle the reservations and confirmations,” he says. “I remember driving in to work through the mist hanging among the massive redwoods. I loved that job.”

At the time, not only were personal computers gaining ground, but film was starting to be replaced by video, especially for post-production projects in Hollywood. Bernstein’s brother, who was working at the time as a picture editor in Los Angeles, asked him to help out on a project that was bringing film-based music scoring techniques into the realm of video. That led to Bernstein deciding to move to LA so he could be closer to the project and pursue his career.

"There was no digital anything..."

“My math and programming skills were essential here,” he says of the project. “The system we created eventually garnered an Academy Technical Achievement award….Working on that project brought me into the world of music editing.” He was also in the industry when one still had to work with actual film, including reels, spools, rewinds, and synchronizers. “There was no digital anything– it was a much more physical job, and if you made an error cutting there was no undo button.”

Along the way, as one job turned into more and better opportunities, Bernstein met a young composer named Thomas Newman, who became one of the most renowned film score composers in the industry with 14 Oscar nominations and six Grammy wins. Nearly 30 years later, they are still close collaborators, having worked together on numerous critically acclaimed films including Bridge of Spies, The Help, Saving Mr. Banks, The Best Exotic Marigold Hotel, American Beauty, Little Children, Jar Head, Finding Nemo, The Green Mile, and many more. 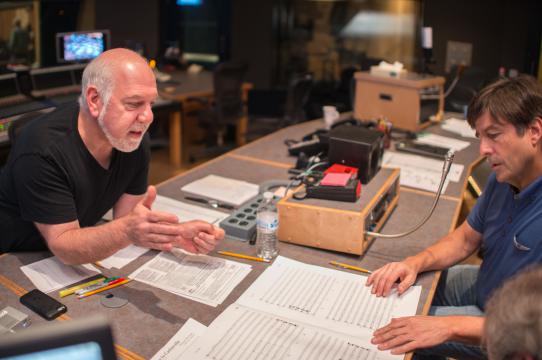 Bernstein says that he especially has enjoyed working on animated films for Pixar and loved being able to work in London during the James Bond movies Skyfalland Spectre. “Animation is a fascinating process and it’s inspiring to have an inside view of how the people at Pixar set the standard with their cleverness and attention to detail,” he says.

He continues to work with very high-profile directors and musicians having won a Grammy Award for co-producing the soundtrack of American Beauty, and several Golden Reels awarded by the Motion Picture Sound Editors, USA. He also has a technical Academy Award for the design and development of the Streamline Scoring System, Mark IV, for motion picture music editing. “It’s a nice plaque and certificate,” he says of the Academy Award, but, sadly, no statuette [is given in this category].”

"I never won an Oscar...It's a sore subject"

And what about winning an actual Academy Award someday? “I have never won an Oscar,” he says. “It’s a sore subject because there isn’t an Oscar for music editing. For sound editing – sure! For sound mixing– sure! Don’t get me started!”

For students who want a career in music editing, Bernstein suggests that they learn many skills, watch films critically, and start seriously networking and making key connections. “Collect a posse,” he advises. “Your college friends are your future colleagues. Get involved in student projects, meet people, and engage your teachers. Connections are the most powerful tool to finding work, and potential collaborators are all around you.”

It’s also important to get to know music by playing an instrument as well as becoming familiar with sound engineering and recording. “Make a YouTube video. Learn Pro-tools thoroughly, and become familiar with audio-processing plug-ins,” he says. “Understand midi, and how sequencers interface with digital audio.”

Really paying attention to the sound mix and music while watching movies is critical, as well. “Where does the music enter and where does it go out? Why were certain colors used; what is the mood and tone of the music? Why do you think those choices were made?”

Bernstein also encourages students to be prepared and ready. “The more skills you have, the greater the chance of being able to slot into whatever opportunity might present itself.”