The Harrisons, Distinguished Research Professors, have been creating art inspired by the earth 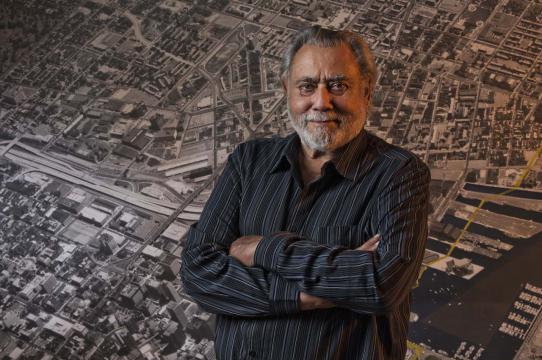 Helen and Newton Harrison, Distinguished Research Professors in the Arts Division, and pioneers of the eco-art movement have been creating art inspired by the earth and the environmental impacts of human development since reading Rachel Carson’s seminal environmental treatise, Silent Spring (1962), as a call to action. “The Harrisons” (as they are commonly known) established a worldwide network among biologists, ecologists, architects, urban planners, politicians, and other artists to initiate collaborative dialogues about ideas and solutions which support biodiversity and community development on a massive scale.

In response to the definitive survey of the Harrisons’ 45-year art career, The Time of the Force Majeure: After 45 Years Counterforce is on the Horizon (6 pounds and 496 pages)​, released by Prestel Publishing in 2016, the L.A. art gallery Various Small Fires (VSF), known for its adventuresome vision and critical discernment offered the Harrisons (surprisingly) their first major solo gallery show on the West coast. The show, which opened in January 2017, nicely distilled “the broad range, ambition, and history of the couple’s work in various media (including maps, architectural drawings, installation, and video).”

The Harrisons, and Visiting Professor son Josh Harrison, through their Center for the Study of the Force Majeure housed in the Arts Division, were also the recipients this year of a $250,000 grant from U.S. Forest Service. The aim of the grant -- part of $8.3 million in distributed funds just announced by the U.S. Forest Service -- is to stimulate the removal of hazardous fuels from forests to reduce the risk of catastrophic wildfires and promote forest health, while at the same time spurring the economic development of rural communities. 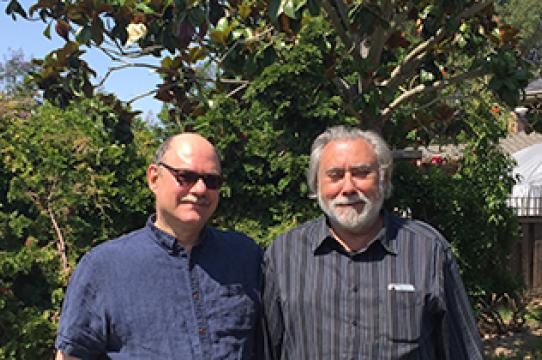 The Center for the Study of the Force Majeure will use the grant to study the economic feasibility of developing an innovative forest industry cluster near Reno, Nevada. Titled the “Western Nevada and Central Sierra Nevada of California Regional Wood Utilization Team,” the project will estimate the supply of wood biomass in the area east of the central Sierra crest and in western Nevada, and assess the possibility of producing wood products from that supply.