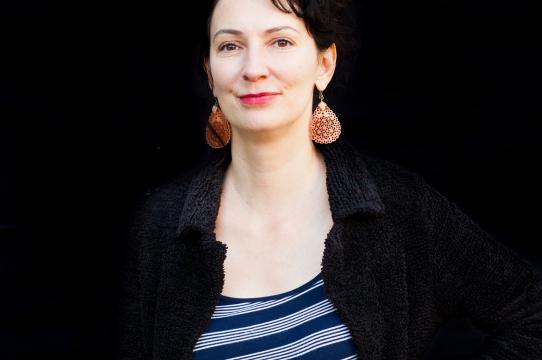 Kimberly Jannarone, Professor of Theater Arts received the Archie K. Davis Fellowship from the National Humanities Center (NHC). Professor Jannarone was one of 34 Fellows appointed by the NHC for the 2017-18 academic year. Chosen from more than 600 applicants, she will spend the year in the company of national and international scholars from 14 states, Greece, Turkey, and the United Kingdom.

Each Fellow will work on an individual research project, as well as have the opportunity to share ideas in seminars, lectures, and conferences at the Center, located in North Carolina.

Professor Jannarone will use the fellowship to work on her book, Mass Performance.

"Mass Performance argues that mass performances--in which a thousand or more people are directed to perform the same movements at the same time--provide us with new insights into the literal ‘body politic’ and its evolving modern incarnations,” said Jannarone."

"When a multitude of people perform the same movements at the same time--such as 2008 Pho drummers in Olympics opening ceremonies, or thousands of young gymnasts in 1932 Prague--a particular kind of aesthetic and political bonding occurs between the individual and the mass. Mass Performance analyzes such events--including rallies, festivals, and athletic displays--providing a view of the literal ‘body politic’ from the rise of European mass politics to the mediatized 21st century."