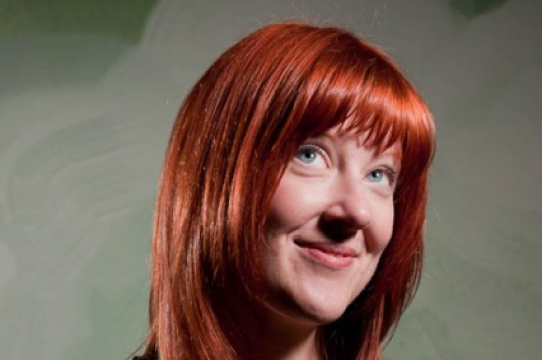 Oculus Blog, posted by Oculus VR, October 2017, had this to say about Luna.

With a visually stunning style heavily influenced by origami and emphasis on the ability of games to move us in compelling ways, Luna brings the wonder and artistry of indie favorite Journey home to VR. Following OC3 in 2016, Luna was praised by Engadget for its ability to “have you feeling like a child again.” By E3 of this year, VentureBeat declared it “magical and spellbinding.” And we couldn’t agree more.

Professor Robin Hunicke is among a rare breed of video game creators. As Mike Diver of VICE has noted:

We could all be better at supporting games-makers who want to progress this medium in all the right ways—through sharing, through inventing, through fun, rather than rinsing and repeating what's known to "work." Robin Hunicke is just one of many people wanting to encourage change in the way we work within and relate to video games, but it's exciting to imagine what'll happen when all of the voices around hers, singing equally inspiring songs, do band together.