T.J. Demos, Professor of the History of Art and Visual Culture has published new book 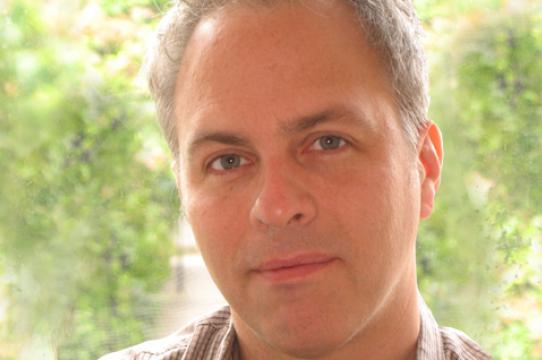 T.J. Demos, Professor of the History of Art and Visual Culture (HAVC), Founder and Director of the Arts Division’s Center for Creative Ecologies, who writes widely on the intersection of contemporary art, global politics, and ecology, has an important new book out: Against the Anthropocene: Visual Culture and Environment Today (Sternberg Press, July 2017).  Addressing the current upswing of attention in the sciences, arts, and humanities to the new proposal that we are in a human-driven epoch called the Anthropocene, this book critically surveys that thesis and points to its limitations. It analyzes contemporary visual culture—popular science websites, remote sensing and SatNav imagery, eco-activist mobilizations, and experimental artistic projects -- to consider how the term proposes more than merely a description of objective geological periodization.

The idea of the Anthropocene needs to be eviscerated, and there is no one better suited to do it than T. J. Demos. In this sharp book Demos demonstrates that the Anthropocene thesis obscures a host of gross inequalities and the powerful interests behind them. Exploring examples (such as Google Earth) that support Anthropocene iconography, as well as a plethora of critical alternatives that decolonize and indigenize the Anthropocene, Demos offers a strong indictment of the violence of contemporary fossil capitalism. This manifesto should be on the bookshelves and in the back pockets of all climate justice activists.
—Ashley Dawson, Professor of English, CUNY Graduate Center and College of Staten Island

T. J. Demos is one of the most important critics of visual culture and its politics today. In this must-read book he makes a compelling argument not only against the discourse of the Anthropocene but also for an activist, critical, and intersectional culture of climate justice.
—Carrie Lambert-Beatty, Professor of Visual and Environmental Studies and of History of Art and Architecture, Harvard University