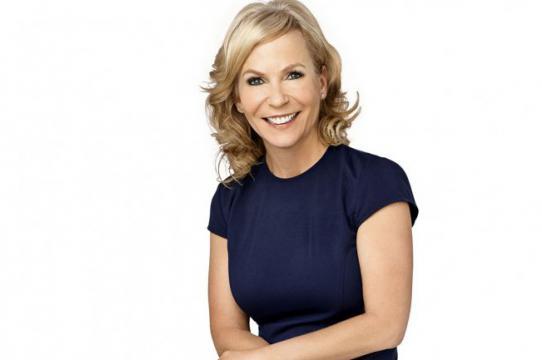 Super heroes have nothing on Marti Noxon. Brave, bold, and exceptionally talented, UC Santa Cruz alumna Noxon has found amazing success in a very tough business that has been traditionally dominated by men. As one of Hollywood’s top writers and producers, Emmy-nominated Noxon has courageously not only shared her own personal history of battling eating disorders, sexual assault, and addiction, but she’s also risked her career to support other women who have been victims of sexual harassment within her industry.

Noxon recently signed a multi-year, multi-million dollar deal with Netflix, producing exclusive, new series programming. In a recent Variety article about the agreement, Cindy Holland the vice president of original content at Netflix described Noxon as “a brilliant and visionary creator who explores emotional depths to reveal the inner lives and struggles of complex, modern women. Her work is often both brave and vulnerable, with a distinct voice, sense of humor and tone that is uniquely her own.”

“He kept trying to get me interested in science,” says Noxon of her father, “learning Chinese…anything! He wasn’t excited about me becoming an actor because it’s a really brutal profession for women, more so 30 years ago. He was phenomenally more encouraging when I became a writer.”

Her career path began at UC Santa Cruz as a Theater Arts major where she was inspired by Professor Vivian Sobchack who taught in Theater Arts, and Professor Herman Blake who was the founding provost of Oakes College. “Herman Blake was incredible and a force of good,” says Noxon.

Living at Oakes had a significant impact on her as well. “Oakes in particular spoke to me. My upbringing was focused, particularly with my mom, on activism and community engagement. Even though I was fully an art/theater nerd, I didn’t really know what I wanted to do. Being at Oakes helped me to focus on my career goals.”

After graduating from UC Santa Cruz, Noxon headed back to her hometown of Los Angeles, hoping to break into acting. And even though her father was famous, his work didn’t cross over to what she wanted to do, which compelled her to make it on her own. “I worked at various jobs until I finally met a director [Rick Rosenthal] while I was waitressing who ended up offering me a job as his assistant.”

DISCOVERING HERSELF WITH BUFFY THE VAMPIRE SLAYER

From there, her writing and producing star continued to rise, garnering her more and more invaluable experience along the way. Subsequent shows included Prison Break,Point Pleasant, Brothers and Sisters, Grey’s Anatomy, and Private Practice. During this time, she also ran into the creator of the huge hit series Mad Men, Matthew Weiner, who asked her to work with him on the show.

As a consulting producer for Mad Men she was able to hone her craft even further, and after two seasons moved on to write for other popular shows including Glee,UnREAL, and Girlfriends’ Guide to Divorce.

BRAVELY CONFRONTING HER OWN PERSONAL DEMONS

Throughout her career, Noxon has always remained true to herself and hasn’t been afraid to speak out about her own demons and how she’s overcome them. During the last presidential election, as the #MeToo movement emerged when then candidate Trump’s comments about assaulting women were revealed, Noxon wrote a heart-wrenching personal account in a 2016 issue of Newsweek about her eating disorders and her own experience with sexual assault.

In the article she said: “Years of my life were dominated by my obsession with eating or not eating, then binging and purging. I was hospitalized. I nearly died. But finally, with a lot of help, I got better.”

She later described in the article about being sexually assaulted when she was younger by a co-worker, and then another time being raped by the boyfriend of a girl she knew. “He’d done this to other women at work,” Noxon wrote. “None of us came forward. We had no proof except our own experiences. We knew nobody would believe us.”

Her feature directorial debut, To the Bone, was loosely based on her personal experiences with anorexia. “I had a really active eating disorder before I arrived at UCSC,” she says. “It got better but it didn’t go away, and I switched from one form to another while I was at Oaks. Then in my senior year, I started drinking and using.”

Released in 2017, To the Bone premiered at Sundance, was picked up by Netflix, and now has been viewed in 20-40 million households worldwide. “Eating disorders are underrepresented in media because they are seen as ‘women problems’ – let’s see MORE in films and TV pls,” Noxon recently tweeted.

SPEAKING OUT AGAINST SEXUAL HARASSMENT ON THE SET OF MAD MEN

Also in 2017, years after she had left Mad Men, Noxon had to make some very hard decisions about whether she should come forward for a former colleague, writer Kater Gordon, who had spoken out about enduring sexual harassment from Matthew Weiner. Noxon’s courageous choice to publicly support Gordon made headlines and put her career at risk.

“It was terrifying,” says Noxon. “I really tried to show in my response that we needed to remember the balance of power in these situations….I thought that if at this point my career goes completely off of the rails because of this, at least I’ve had my run and I can take care of myself….There’s a giant machine in our industry telling us not to say anything that could hurt our career or somebody else’s. Seasoned PR people and consultants, and managers, ask for silence.”

Noxon knew that Mad Men perpetuated a toxic environment and she was concerned with how to deal with it, especially considering the enormous success of the show and what a powerful heavyweight in the business Weiner was at that time. “You really didn’t know from day to day if you were secure, and there was this whole patina of sexuality laid across it – and you were on the most successful show on television. People went home with stomach aches every day.”

After speaking out, Noxon’s relentless passion and talent won out, and her career stayed on track, cumulating with her recent groundbreaking four-year overall deal with Netflix.

Noxon’s generous and empathetic spirit comes from her own fight with addiction and beating the odds. She openly talks about what she went through and how difficult it was, hoping that her story can help others, especially young women. 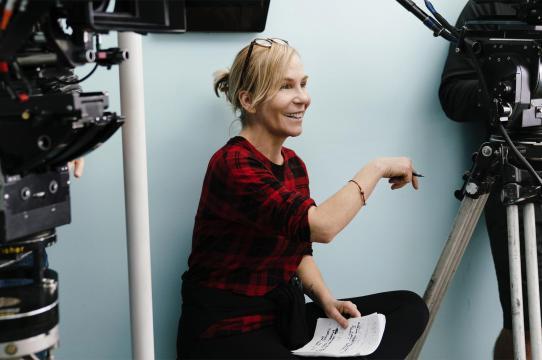 “It’s hard when you’re in college because there’s so much excess and trying new things, and being kind of wild,” she says. “I didn’t know many other friends who were stashing a bottle for morning pick-me-ups, like I was.”

GETTING SOBER WITH HELP FROM COLLEAGUES AT UCSC

Realizing in retrospect how much she was in denial, she was able at age 24 to get sober with the help of her colleagues at the Adult Education Department at UC Santa Cruz, where she worked. “One day I walked into the office and everyone was waiting for me and they did an intervention because I was so clearly out of control. That made a big impression.”

Noxon also had to come to terms with how tough it was to stay sober. “I relapsed in my late 40s and it took me a couple of years to get back. But I did. The second time was harder because I had so much more to lose.”

She learned that after she got over the craving, she became much happier and that being present in her life was a lot more satisfying than how she had been before while drinking. Discovering that the drama that came along with the drinking disappeared, too, was a welcome relief. 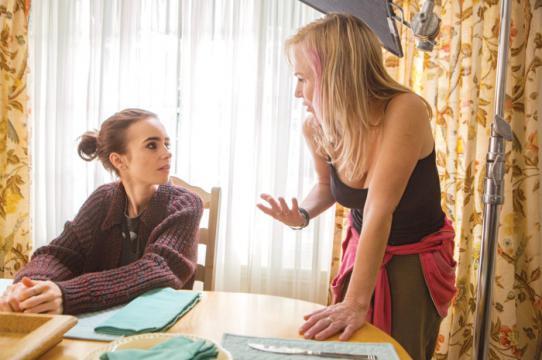 “It’s hard when you’re young,” she says. “You’re going to be anxious whether you use it or not. Substances don’t make it better in the long run. You really have to believe that you can have the same level of adventure and happiness sober that you do using. I’m here to tell you that you can and you will.”

As Noxon looks forward to creating more outstanding programming via her production company, Tiny Pro, and Netflix, she’s enjoying life being a mom to her two teenagers, hiking around the hills in LA, and baking. She co-founded a bakery and flour mill five years ago called Grist & Toll which produces fresh, local flour using grains from local farmers. (It’s Instagram is luscious.)

She’s also an avid reader and keeps up with what to watch on TV via The New Yorker’s critic Emily Nussbaum. Noxon’s current recommendations include an Australian comedy called Please Like Me, Private Life on Netflix, and Atlanta.

Her advice for students who want to do what she does is to persevere and define the kinds of stories you want to tell.

“It’s a wonderful business but you really, really have to want it,” she advises. “I think the why is crucial. For a long time I hadn’t figured out the ‘why’. There’s room for individual voices. The more particular to you, your writer’s voice, the more likely it is that you’re going to have success because people who break through have a particular point of view and honesty about how they say it....I feel so blessed that what I do to make money is the thing I love.”