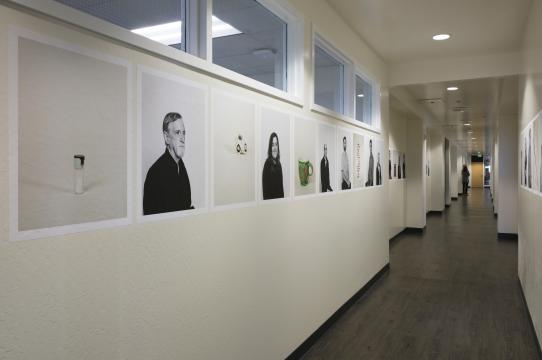 We live in the midst of a disruptive age, where the face of culture and the nature of the human condition are rapidly changing. Intersecting Data Fields: An Art & Genomics Collaboration, uses photography as one of science’s most trusted agents for seeing and knowing what we might not otherwise have access to or understand.

The exhibit was born out of a desire to mobilize the power of art to tell a story about the diversity of the people, work, and impact of the UC Santa Cruz Genomics Institute. Artists and Professors Jennifer Parker and Karolina Karlic approached the project as a socially engaged art practice inviting all Genomics Institute faculty, researchers and staff to participate in a portrait series that uncovered the lens through which genomics is seen by the people who live and work in it. 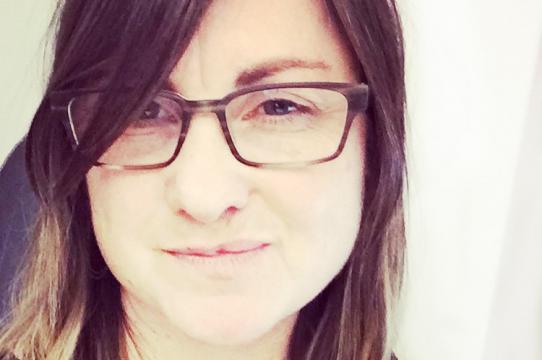 Isabel Bjork, Executive Director of the Genomics Institute, was instrumental in supporting the project worked and closely with Parker and Karlic to sponsor the exhibit.  Bjork states that “each person was asked by the artists to bring an object of significance — something that inspired their being, personally and professionally. The result is a stimulating exploration of the diversity of the group as seen not only through the eyes and expressions, but also through the objects that reflect influences beyond the immediate work space. The collection of artwork represents the extraordinary inclusiveness of the group — from graduate student researchers in cancer, to undergraduate employees who are invaluable for making things operate well, to brilliant computational scientists whose research is dedicated to using genomics to protect species.” 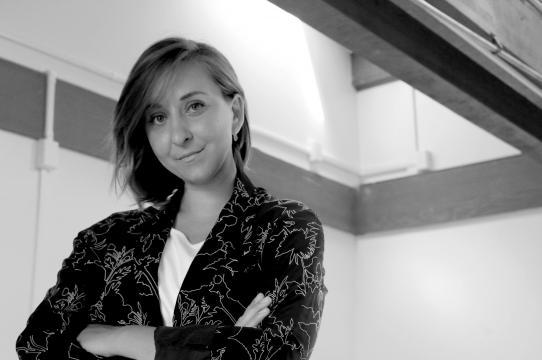 One of the photographs is a striking portrait of Beth Shapiro, professor of ecology and evolutionary biology. Her personal object, a woolly mammoth stuffed toy, is a symbolic object of her research for award winning book, How to Clone a Mammoth, and renowned studies in DNA and extinct species. In another portrait, Dr. Jim Kent, architect of the UC Santa Cruz Genome Browser, looks intensely into the camera with a slight though warm smile, while next to him is a photo of his chosen personal object, the Zoetrope software animation system kit. Karlic points out that “the history of portraiture, how we pose for the camera, how we portray ourselves, and what the photograph can reveal has been used as a powerful tool to sculpt concepts, power, illustrate evidence and used to meditate on our own relationships to the photographic image.” 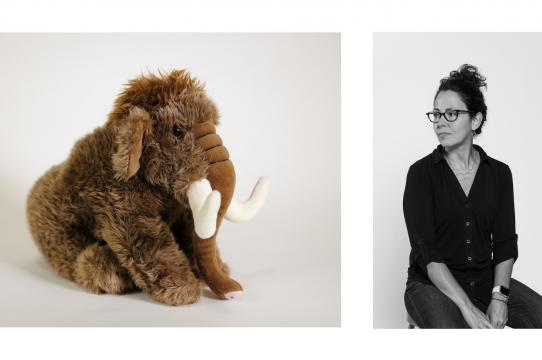 As the lead PI spearheading Placemaking at UC Santa Cruz, Parker explains “how telling data visualizations and storytelling is one way to understand science, another is to tell the story of the people and places where the science is taking place.” Karolina and Parker enjoyed getting to know new people on campus and gain more insight into their work. “We don’t often have the time to collaborate and make art together as faculty” says Parker. “Inspiring one another to develop the best possible outcome with the people and spaces opened to us by the Genomics Institute, has been a playground for creativity and new unexpected possibilities for future collaborations, says Karlic.” 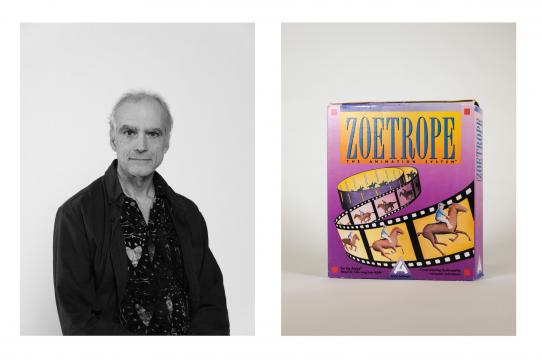 Many of the images of the various personal objects are also displayed in other gallery spaces with more playful and colorful interpretations. “Artists can be the translators to speak to the general public,” says Parker. “As we create new projects with the research that’s emerging from the labs.”

An additional outcome of the exhibit is a fine art collection of archival prints produced for the McHenry library’s special collections archives, documenting the exhibit and the individuals contributing to genomics research at UC Santa Cruz. 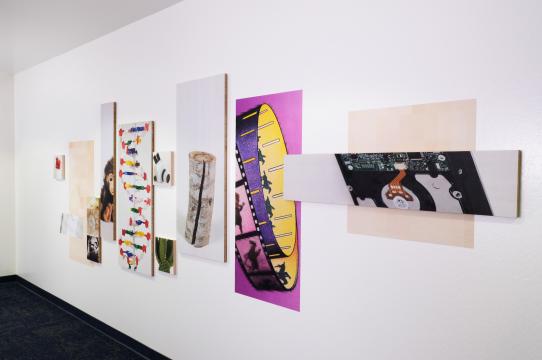 The success of the exhibit has fueled additional plans for Arts and Genomics initiatives by Jennifer Parker, as founder and creative director of OpenLab collaborative research center in the arts division, with David Haussler, Distinguished Professor of Biomolecular Engineering and Scientific Director of the Genomics Institute and Mircea Teodorescu, Associate Professor, Electrical and Computer Engineering. The Art and Genomics initiative is driven by curiosity, intrigue and the general desire to expand research opportunities with art, science, technology and engineering. Future programming will be designed to establish a platform for artists and scientiﬁc researchers to collaborate and exchange ideas to grow projects around genomics. “Artists and scientists both chase the exhilaration of knowing something new and important,”  says Haussler. “The urge to share this knowledge with others is strong for both and it is our hope that these intersections will ignite interdisciplinary research questions that invite the philosophical, scientiﬁc, political and theoretical models of life,” adds Parker. 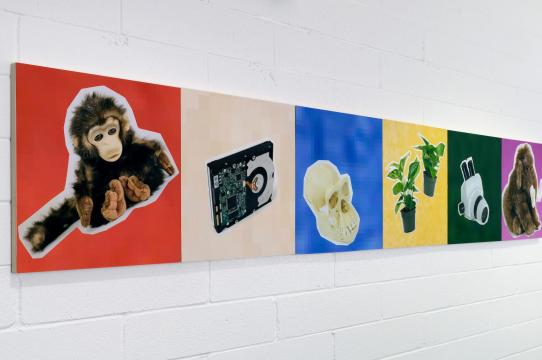 The exhibit is currently on view and open to the public by appointment. Please contact  Ben Coffey, becoffey@ucsc.edu to get a walking tour of the Art and Genomics works.