Alumnus Fritz Chesnut Rides the Roller Coaster of Being an Artist 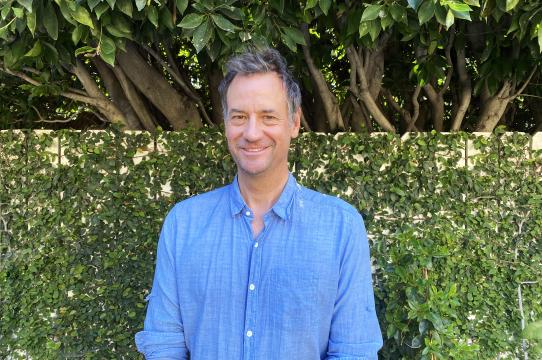 A few years ago, we profiled artist and UC Santa Cruz alumnus Fritz Chesnut (Porter 1995) and with his new show, Floating Windows, currently at AF Projects in Los Angeles (through April 2, 2022), we thought we’d check in with him again to catch up on his current projects.

Now a father of two teenagers, Chesnut is getting ready to see his eldest leave the nest as she sets off for New York University Tisch School of the Arts in the fall, following in the footsteps of her very talented and famous mom, Molly Shannon.

But having a dad who’s an artist is definitely impressive, too. “My daughter told me it’s helped her look at things differently,” he says. “She said, ‘when I was younger, I was encouraged to construct dolls from leaves and sticks instead of using plastic Barbie dolls.’ I asked my son and he said ‘it’s cool and inspiring’.” 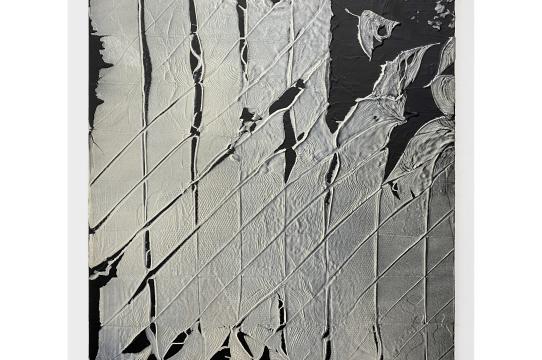 Reflecting upon his children’s future career choices, Chesnut wisely recognizes that being “successful” can be very subjective. “I’d say success all hinges on if they are on some path where they felt challenged and had some passion for what they are pursuing,” he says. “If they decide to have a career in the arts the financial part would probably only come later, if at all. I would never focus on making money as an artist straight away. I think I sold one painting from my first solo show 20 years ago. In hindsight, knowing what I do now, I consider that a success.”

Having parents who were not only artistic themselves, but who also encouraged Chesnut’s desire to study art, helped him appreciate the importance of pursuing one’s passion. He understands how unique it is to be able to have a career as a visual artist, but that there’s also much more involved than the work itself. 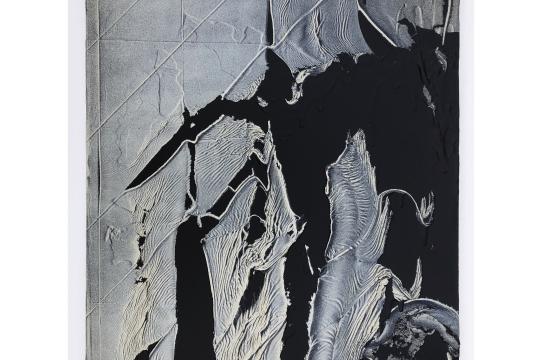 “It’s more of a rollercoaster of highs and lows,” he says. “Being an artist involves all this other non-art making work: cultivating collectors, promoting the work, documenting the work.”

Floating Windows features a series of his paintings that continue his material exploration crafting an evolving abstract language where bands of color and line allude to form and images. His paintings are described as being inspired by cosmic phenomena, waves, oil spills, and other aquatic and geologic formations.

“My work is informed by lots of sources: patterns in nature, ‘80s punk rock Xerox fliers, Nasa satellite imagery,” he explains. “It’s an amalgam of all of the imagery floating around in my head. I’m reading a book called The Drop by Thad Ziolkowski about surfing and addiction and the way that the beach is described as a liminal space resonated with me. You could look at my paintings as a depiction of that space. The space where structure is dissolving or structure is in flux.”

While at UC Santa Cruz, Chesnut majored in studio art and he remembers Professor Elizabeth Stephens as being one of his favorite teachers. She also encouraged him to attend Rutgers University, which he did, earning an MFA in 1997. 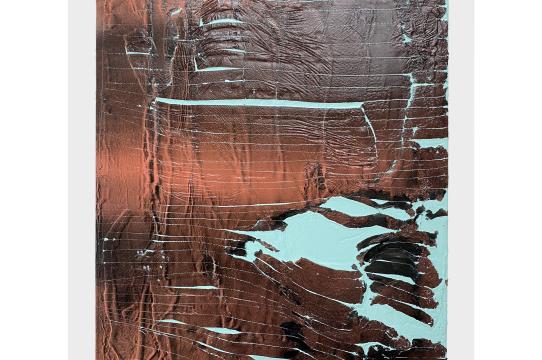 He advises art students to take their time and to study whatever interests them while attending university. “College is time for learning who you are and learning to think critically,” he says. “I’m a painter, but there are so many different paths to having a career in the arts. So many creative tech jobs. So many careers where it would benefit someone to have an education in the arts. Painting classes can shape someone who ends up in psychology, or biology classes can inform someone who ends up focusing on photography. That’s the beauty of a liberal arts education.”

Chesnut reflects that the path of an artist is definitely not the same as how most other careers go, especially in terms of climbing a typical career ladder. And he emphasizes that it’s those profound personal relationships that can make all the difference. 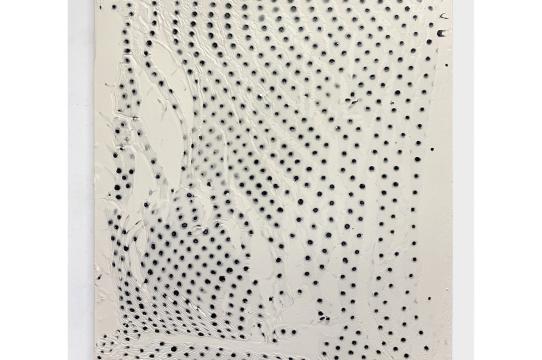 “It’s really important to keep in touch with your colleagues and your friends from school that you admire and have a connection with,” he advises. “I’ve learned they are some of the most important support systems you have as an artist. I even have a couple teachers from undergrad and grad school that I’m close to that support my work.”

He highly recommends taking a breath and relishing the process. “I’ve learned it’s a marathon and to slow down and appreciate each step.”

To find out more about Fritz Chesnut’s work, visit: http://www.fritzchesnut.com.