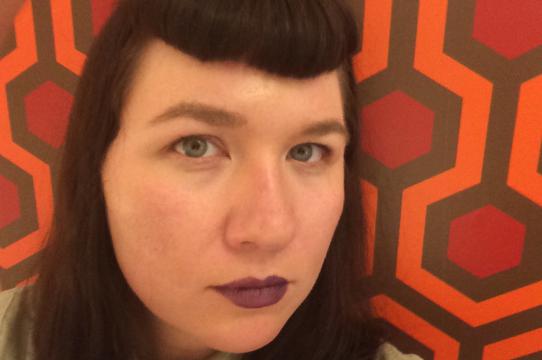 Over ten years ago, Koret Scholar and UC Santa Cruz Film and Digital Media major Sarah Flores made her way from her hometown in Sacramento, California to San Francisco and at the young age of 20, found herself working in film.

“I fell into a really nice group of filmmakers and exhibitors,” she said. “I worked at a movie theater called the Lumiere, and I worked that circuit for a few years. Then a friend of mine introduced me to film festivals and I started with Frameline [internationally renowned LGBTQ film festival in San Francisco] and am still working with them.”

Even though she was on her own and working to support herself, Flores also dreamed of earning a college degree. She had dropped out of high school but her exceptional intellect and drive provided what she needed to succeed.

“When my grandmother died she made me promise on her death bed that I would get a college degree,” said Flores. “I went to Europe for a while and then came back and decided to start by taking classes at City College of San Francisco.” 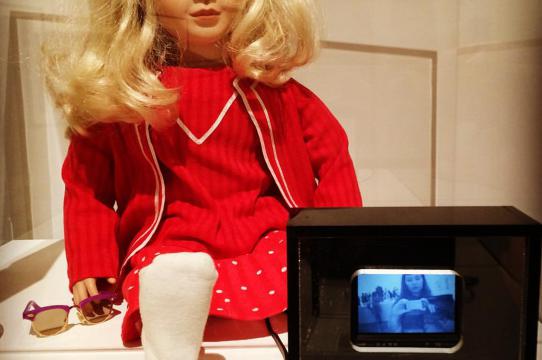 From there, her hard work lead to her acceptance to UC Santa Cruz, which was her first choice. She recently won the prestigious Koret Undergraduate Research Scholarship and is the only Arts Division student to do so.

Earlier this year, she was awarded the Arts Dean’s Fund for Excellence which funded her participation at the Society for Cinema and Media Studies (SCMS) Conference at the University of Minnesota, where the precursor to her thesis was selected to be presented. She was one of only 30 students selected nation-wide to participate.

Flores is using the funds from the Koret award towards research on her thesis and to help fund her own film.

“For the UCSC program it’s required to write a thesis and make a film. Mine is a feminist, speculative fiction film. It features a world where a chaotic president is elected and his first act is to pass a law that women cannot live on their own – they must have a male guardian.”

Since Flores’s concentration is in Integrated Critical Practice, she also has had a mentor, Professor Shelley Stamp, who suggested that she apply for the Koret scholarship. “Due to Professor Stamp’s encouragement, I was able to go after the Koret award,” said Flores.

“It was such a pleasure working with Sarah on her project!” said Professor Stamp. “Last quarter she wrote an excellent paper on the history of feminist science fiction in film and literature. She argued that sci-fi has been a key genre where women have been able to imagine future possibilities for the planet. She brought enthusiasm and energy to the project, along with a commitment to a process that integrates that kind of scholarly work with creative practice. I can’t wait to see how she translates her ideas into the film she is making this quarter.”

Being Mentored by Professor Shelley Stamp

Flores’s senior thesis is focused on the work of Alice Guy-Blaché (1873-1968), who was the first female filmmaker and also the first filmmaker to start a studio, and to create narrative films. Sadly, she is all but forgotten in history.

“I’m so lucky to have done my senior thesis with Professor Stamp,” said Flores. “Her critical, historical work is so important, and it’s so important to recognize that women filmmakers have always been a part of the landscape.”

Other UCSC Film and Digital Media professors who have inspired Flores include B. Ruby Rich, Rick Prelinger, Jennifer Horne, and Anna Friz. 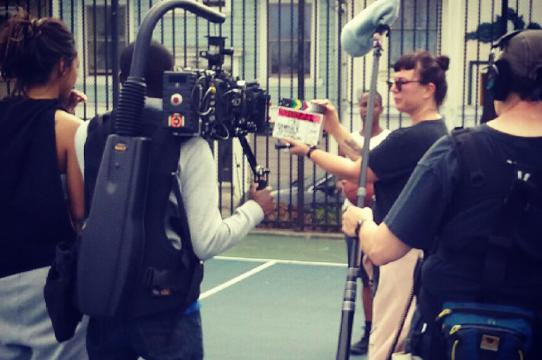 “Sarah brings a wealth of hands-on industry experience, an experimental sensibility, a broad-spectrum intellect and great enthusiasm to her work,” said Professor Prelinger. “It was a pleasure and privilege to work with her in my Found Footage class. I can’t wait to see her career evolve.”

Films that have had an impact on Flores and her work include Born in Flames (1984) by Lizzie Borden, which is a futuristic look at the rights of women in the US under a socialist society. She also loves the French New Wave film Cleo from 5 to 7 (1962) which is the only film of its genre to have a woman director, Agnès Varda.

Be patient and don't be afraid to put in the work

“Born in Flames is the guiding force in my scholarship right now. I’m very focused on the role of women as author in cinema.”

Flores is looking forward to graduating in June (2017) and already has a great job lined up at a prominent public relations firm in San Francisco that specializes in publicizing independent, feature and documentary films, and film festivals. She also plans to pursue a PhD in a few years.

Of her time at UC Santa Cruz, Flores says that she’s very grateful. “There aren’t very many programs that allow you to combine critical theory and production. That’s the reason why I chose UCSC…in addition to it having an excellent faculty.”

She advises students to be patient and not to be afraid to put in the work. “You won’t have another opportunity for something like this. Being here is an incredible opportunity…students should take advantage of the resources available here.

“All of the professors genuinely want to be a part of our academic life and engage with us.”