"You Are Not a Loan," in conversation with filmmakers Astra Taylor and Erick Stoll 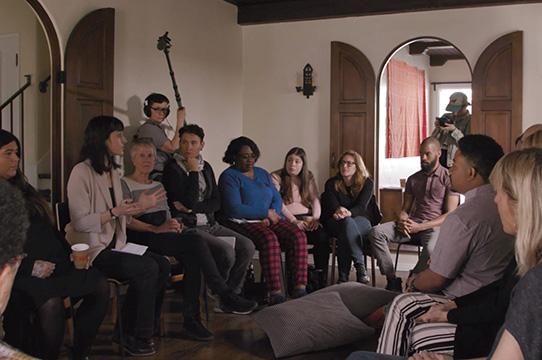 This event is presented by the Arts Division's Center for Documentary Arts and Research (CDAR) at UC Santa Cruz.

FREE and open to the public
Register here
Please view the 45-minute film, "You Are Not a Loan," in advance of this event

Erick Stoll is a non-fiction filmmaker and cinematographer in Cincinnati, Ohio. Working across diverse documentary forms, their work has focused on gentrification, gendered labor, and left and right populist movements. Erick co-directed the feature documentary América, which was nominated for Peabody and Independent Spirit awards, and was cinematographer on the Academy Award winning documentary American Factory, among others.

Astra Taylor is a documentary filmmaker, writer, and political organizer. She is the director, most recently, of What Is Democracy? and the author of Democracy May Not Exist, but We’ll Miss It When It’s Gone and the American Book Award winning The People’s Platform: Taking Back Power and Culture in the Digital Age. She is co-founder of the Debt Collective, a union for debtors, and contributed the foreword to the group’s new book, Can’t Pay, Won’t Pay: The Case for Economic Disobedience and Debt Abolition. Her latest book is Remake the World: Essays, Reflections, Rebellions.

Jessica Taft is a professor of Latin American and Latino studies at University of California, Santa Cruz. Her research focuses on youth activism and the ways that girls, children, and youth participate in social movements in the Americas.  Building on the contributions of Latin American social movements and critical approaches to childhood, her work challenges the naturalization of adults’ power over children and furthers our understanding of how young people can (and should) be included in democratic social and political life. She is the author of Rebel Girls: Youth Activism and Social Change Across the Americas and The Kids Are in Charge: Activism and Power in Peru’s Movement of Working Children, as well as numerous articles on youth movements.

Yulia Gilich is a scholar, media artist, and community organizer. They received their M.F.A in media studies from SUNY Buffalo and are a Ph.D. candidate in the department of Film & Digital Media at UC Santa Cruz. Their work is primarily concerned with the use of settler colonization in larger imperial projects, particularly those of the United States and Israel.

On February 7, 2020, weeks before COVID-19 disrupted our lives, a group of activists and academics gathered to discuss the growing movement to cancel student debt and transform higher education. "You Are Not a Loan" documents a unique gathering that brought together student debtors, organizers, and esteemed scholars to discuss the perils and possibilities of the moment. The dialogue that ensued is both deeply personal and profoundly philosophical, historically grounded and engagingly hypothetical. What would free college—meaning free as in cost and aimed at liberation—be like? How have racism and capitalism sabotaged public education as we know it? And what will be required to bring a radically different system into being? Featuring leaders of the country’s first student debt strike and some of the most revered thinkers of our day (including Wendy Brown and Barbra Ransby, Stephanie Kelton, and others) the film offers an intimate view of the ongoing and urgent grassroots struggle to democratize education—a topic that has only become more timely since it was shot. As a result of the pandemic, colleges across the country are facing budget shortfalls and student debt cancelation has become a mainstream issue. "You Are Not a Loan" puts the current debates in a deeper context, and points toward the utopian horizon we will have to reach toward if we want to truly solve the current crisis.