B. Ruby Rich Invited to Join Academy of Motion Picture Arts and Sciences 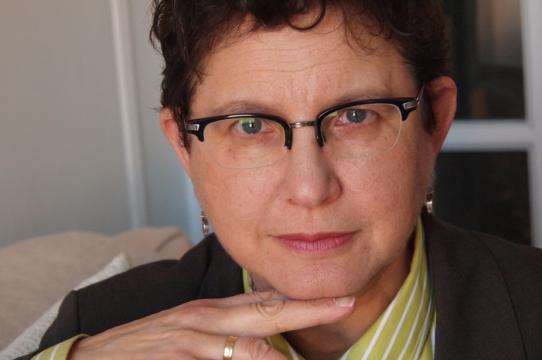 UC Santa Cruz arts dean's eminent professor of film and digital media B. Ruby Rich has been invited to join the Academy of Motion Picture Arts and Sciences this year.

The world's preeminent film organization, the Academy is made up of more than 8,000 distinguished members working in cinema. Open to qualified filmmakers around the world, it is best known for presenting the annual Academy Awards.

Rich is the author of several books on film, including New Queer Cinema: The Director's Cut, and Chick Flicks: Theories and Memories of the Feminist Film Movement.

She is also the editor of Film Quarterly, the academic film journal of the University of California Press. Established in 1958, the peer-reviewed journal examines all aspects of film history, film theory, and the impact of film, video and television on culture and society.

As a film critic, Rich has been a programmer and juror at major film festivals around the world and has been published in The Guardian (UK), The Village Voice, and The New York Times. She has also provided film commentary for NPR’s All Things Considered and the Criterion Collection.

In 2012, she received the Frameline Award at the 36th San Francisco International LGBT Film Festival, an honor awarded annually to a person who has made a major contribution to LGBT representation in film, television, or the media arts.

“I’ve known Ruby Rich for 30 years as a brilliant scholar, critic, film advocate, and expert in social documentary film,” said UC Santa Cruz dean of the arts Susan Solt. “There is no one more deserving of this honor than Ruby; it is high time.”

“She represents one of the most committed members of our faculty,” Solt added. “Her loyalty and concern for her students, and her connections in the industry and independent film world, make her an extraordinary asset to the campus. It is through her dogged efforts that we can now say that we are in the first year of a singular M.F.A. program in Social Documentation, which brings us great renown.”

Last summer, a four-day event titled Being Ruby Rich paid tribute to Rich’s work through multiple film screenings and panel discussions at at the Barbican Centre in London. Rich delivered the keynote address and also attended a one-day symposium in her honor titled "Being Ruby Rich: Film Curation as Advocacy and Activism," presented by Birkbeck, University of London.