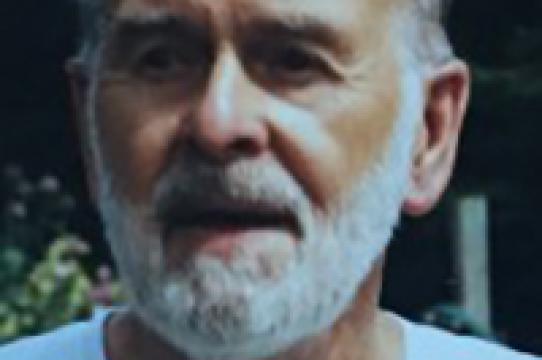 Andy Doe was brought to UCSC in 1973 to become the first chairman of the Theater Arts Board of Studies--later called the Theater Arts Department. He and Audrey Stanley were the senior faculty members in the newly declared program, and they took charge of the process of building an academic program from scratch, with the assistance of some existing members of the UCSC faculty and staff, and some other new recruits, myself included. It was an exhilarating process. Under Andy’s leadership, we were encouraged to dream out loud, and even the most preposterous ideas and fantasies were given earnest consideration if a persuasive argument could be made on their behalf.

In 1973, we had two performing spaces available to us, a (then) new state-of-the-art “mainstage” theater designed by Ralph Rapson, the creator of the Guthrie Theater in Minneapolis, and the converted barn theater, which was then much in need of renovation. Andy felt uncomfortable with both of them; the mainstage, because the weight of the technical demands that it made on productions could easily gobble up the budgets we had for them, and the barn, because its uninsulated walls and roof made it nearly impossible to heat during the winter months. Early on, Andy made a formal application to the University for capital funding for a “black box” flexible performing space, maintaining that we would eventually receive the building if we stuck to our guns with our request and renewed it every year. This, turned out to be the case, and the X-Space was finally built at about the time of Andy’s retirement nineteen years later. In the meantime, the barn also got the insulation it desperately needed.

Andy had a way with practicality: When a project was deemed impractical, he embraced the limitations that appeared to make it so, and incorporated them into the design of the project. Working with designer Norvid Roos, for example, he came up with a setting for his production of Euripides’ Hecuba that featured a single enormous tarp draped and configured in various ways that served as the entire setting for the production. His production of Samuel Beckett’s Murphy in the barn, a landmark project in the history of UCSC theater, used the barn theater stage with almost no dressing other than the wooden beams and posts that held up the building. Murphy’s attic hideout in the play was literally set in the rafters.

Andy truly loved and encouraged experimentation. He established a line of classes in our curriculum (the 155 courses) that was then reserved for projects that would simply try something new - with little or no concern for their production outcomes. One of these classes, which was devoted to “found theater spaces,” resulted in a day-long festival of theater pieces that were staged in a cave, or at the bottom of a deep concrete stairwell, or a particular grove of trees. In this regard, Andy was ahead of his time. The class on found theater spaces anticipated a nascent interest in environmental theater and later site-specific theater. Before he came to Santa Cruz, he had famously brought street theater to the riot-torn LA neighborhood of Watts. Andy was happy to cast off the formalities of established theaters and bring his performances to the people, wherever they gathered. His students were just as likely to mount their work in the Cowell College plaza at lunch time as in the Barn Theater at 8:00 PM.

In his Impossible Theater rant, Herbert Blau stated that American theater came of age in the 1950s with the introduction of work by Bertolt Brecht and Samuel Beckett. Andy was of that generation, and he loved both of those authors. His first 155 course at UCSC was devoted to Brecht, and he subsequently organized a quarter-long Beckett festival that featured the stage adaptation of Murphy (produced with Samuel Beckett’s blessing) along with a variety of other pieces – long and short. Interestingly enough, as the role of the primary creator of theater shifted from the playwright to the director, Andy sat comfortably on both sides of that transition. He loved working with new playwrights in the development of their work, and was actively engaged with the Magic Theater, working with such playwrights at Sam Shephard, Lynne Kaufman, Wendy MacLeod, Slawomir Mrozek, Tom Strelich, Stephen Wylie, and Martin Epstein to bring their work to San Francisco Bay Area audiences. At UCSC, he was a primary instigator in the creation of the Chautauqua New Play Festival, which has drawn considerable energy and attention in the spring of every academic year since its inception.

At the same time, he celebrated the emergence of directors who were creating works through improvisation and group processes. He traveled to Poland to witness the work of directors like Tadeusz Kantor and Jerzy Grotowski, and he was instrumental in bringing such figures as Lee Breuer, Richard Schechner, Spalding Gray, Luis Valdez, John Lion, John Achorn, Eugene Ionesco, Julie Hébert, Kazimeirz Braun, and Jerzy Grotowski to the UCSC campus-- some of them for extended residences.

For much of his time in Santa Cruz, Andy led two lives. He was a devoted educator, and it was astonishing to consider the number of his former USC and Pomona College students, and UCSC students who went on to make valuable contributions to American theater. He was also a working director who, at the end of the day on campus, would get into his car and commute up to the SF Bay Area for rehearsals. During his tenure here, most of his off-campus creative work was done without leaves from the classroom or the studio. Teaching at UCSC was his day job, but it bled into his professional directing just as his directing inspired his teaching.

There were some crazy things that happened on our stages at UCSC during the Andrew Doe years. Theater pieces like Gertrude Stein’s Doctor Faustus Lights the Lights or Michael McClure’s Josephine the Mouse Singer were perplexing to us and to our audiences, and probably would not have been produced if it weren’t for Andy Doe’s appetite for trying new things out. Andy was drawn to UCSC in 1973 for the same reason that many of us in the arts came at that time. It was a bold new experiment in public education, and we felt lucky to be included in it. As the theater program’s first chairperson, Andy embraced the idea of a laboratory theater and encouraged a spirit of experimentation that lingers to this day.

Donations in honor of Andrew Doe can be made to World Wildlife Foundation, Oxfam, or Vermont Public Radio. There will be a memorial celebration of his life on September 23rd. Those interested in attending are encouraged to call or email for details. kellydoe@nytimes.com or 646-417-1212; and to please rsvp before August 25.