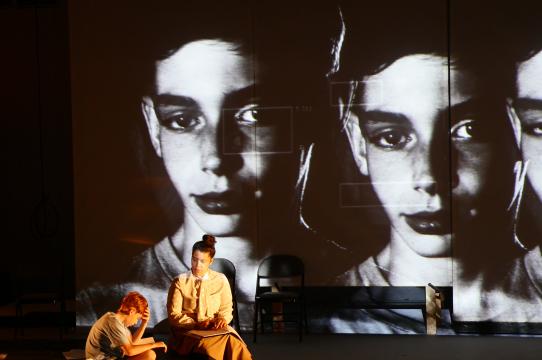 MC: You have had a remarkable career as a theater artist. How did you get initially involved with the Wooster Group, one of the foremost experimental theater companies in America?

MW: Well, it was one of those instances of being in the right place at the right time. New York City in the 1980’s was still a kind of crucible for the avant-garde. I got to know the people at the Wooster Group while I was working for a small arts foundation, and at one point they were looking for a dramaturg. I hopped on board, and eventually became Assistant Director. I worked with the artistic director Elizabeth LeCompte and other members of the company such as Willem Dafoe, Spalding Gray, and Kate Valk.

MC: What interested you about their work at that time?

MW: It was an interesting time to be there, because Wooster has an interesting position as a progenitor of a lot of very different artistic work. For instance, my colleague John Collins, who is the Artistic Director of Elevator Repair Service, came away from them with a system for the radical reinterpretation of text. For my part, I was quite interested in their pretty rudimentary experiments with having mediatized performance on stage. 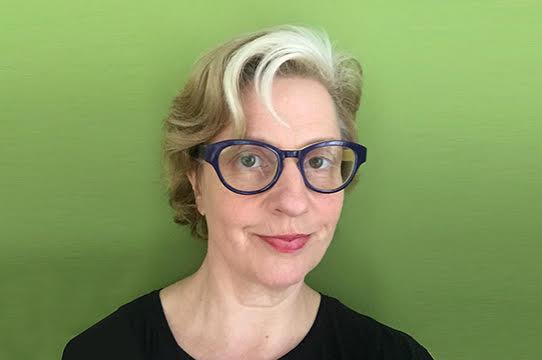 MC: You founded your own company, the Builders Association, in New York, and your first performance was an adaptation of Henrik Ibsen’s 1892 play The Master Builder. Is there any connection there?

MW: Oh yes, these names all come from extremely pragmatic places – the Wooster Group, for instance, works out of a building on Wooster Street in Soho. There’s a line in Ibsen’s play where Mrs. Solness asks Ragnar “Are we to have music?” and he replies “Oh yes, it’s the band of the Builders Association.” But it also came from the fact that we actually built a three-story house, based on the work of Gordon Matta-Clark, for our first performance.

MC: That production attracted a lot of attention for its integration of video projections and audio clips, and for the house itself which I understand was demolished onstage during the performance?

MW: Yes. Matta-Clark was a kind of “deconstructing” architect. We designed the house to reflect the fragmented psyche of the architect in Ibsen’s play. But the house also became a sort of container for our ideas about building an aesthetic around media, one which we could employ to talk about popular culture and the psychology of family life in America.

MC: Let’s talk about that aesthetic. Under your leadership Builders has become a real innovator in interactive performance technologies. Was that always the goal?

MW: In our early performances there really wasn't anything like “interactive technology.” But starting with Alladeen in the late 90s we came up with a system that allowed the actors to perform with the technology, and to influence its behavior onstage. For example, we wired video and sound cues to MIDI triggers, and the performers could choose when to activate them. The set becomes like a reactive tool.

MC: There are some critics who don’t like the use of digital media in performance, and worry that theater loses something important when it tries to imitate film or television.

MW: I don’t believe we are imitating film or television. Since the ancient Greeks theatre has incorporated new technologies as part of its spectacle and storytelling. The advent of gas lights, advances in scenography, adoption of electricity: theater has always been at the forefront of new tech. All of that is about creating a kind of world on stage that tells a compelling story to the audience. I think that both artists and audience are products of our times, and what I am putting on stage reflects the world that we live in. When I use digital media it is as a literal manifestation of our lived experience, particularly that of those of us in the so-called “First World,” and I honestly think it would be false to do anything else.

MC: I’ve heard you describe modern life in the US as already “irrevocably mediatized.”

MW: Yes. We exist in a gray area between the virtual world and the good old physical world. Our experience is constantly mediated - whether by our phones or our (sometimes rabid) relationship to social media. The experience goes far beyond any actual device. We are living along a spectrum which reaches between virtual and physical space, and this work is set along that spectrum. 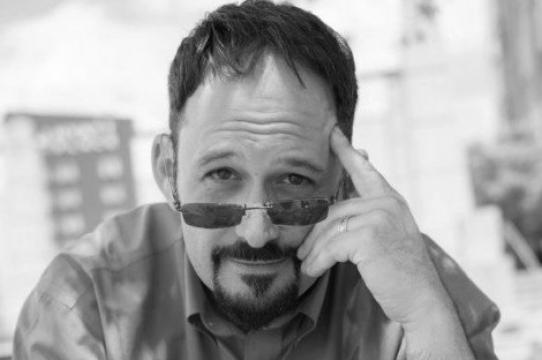 MC: I know a lot of your work, like your show Super Vision in 2005, shows how digital technology can dehumanize us by blurring the boundary between the virtual and the real. This makes me think of the ghosts in Turn of the Screw, which Henry Miller seems to have intended to be ambiguous – somewhere on the spectrum between reality and fantasy, as it were – so that they could serve as reflections of the governess’ tortured psyche. Is that what attracts you to this story?

MW: It’s true that our work has a has always had a critical component about present contemporary issues, particularly about truth and ambiguity. In most of the plays based on Turn of the Screw,certainly in the Benjamin Britten opera, the ghosts are definitely there: they exist as characters on stage and they have a consistent appearance. In Strange Window we are trying to capture the idea as an audience member you don’t know for certain if they are real or only in the governess’s mind.

MC: Henry James himself is surrounded by a lot of ambiguity – he seemed to be ambivalent, if not in fact traumatized, by his own sexuality, very much like the governess in this story.

MW: Eve Sedgwick has a very celebrated take on The Turn of the Screw which has to do with James’ repressed relationship to his own sexuality. The governess is in a position where she does not know herself fully, and her relationship to her own desire is repressed. As we often see in Victorian culture and sexuality “it comes out sideways,” in that she may fabricate these ghosts as a manifestation of her repressed desire. You could say that James was haunted by these kinds of ghosts throughout his life.

MC: Is that still relevant for us?

MW: Well, we are definitely more open about our sexualities, but you know our views remain heavily censured in some ways, and coming out still carries terrible dangers, personally, professionally, and socially, to say nothing of the risk of actual violence. So unfortunately, yes, I think there is there still resonance there. Also, the Victorian moral structures in which James lived had as much to do with class and race as with sexuality.

MC: Which brings me to the choice to cast the governess with an African-American actress, which is unusual for dramatic interpretations of The Turn of the Screw.What went into this decision? 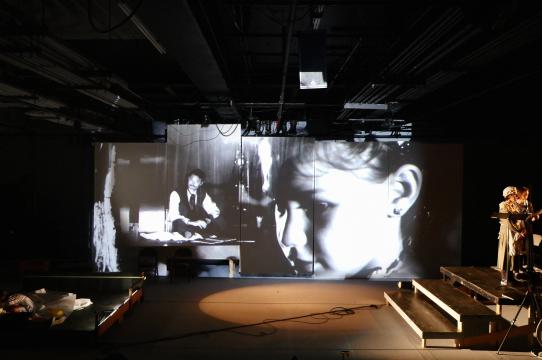 MW: First of all, I think it is inappropriate at this point, in 2018, to have a show that is completely homogenous unless there is some specific cultural justification.  Secondly, the James piece leans very heavily on class, as does all of his work. The position of the 19thcentury governess is quite interesting in that she ranks above the housekeeper and the other servants but below the children. Inevitably, on the streets of New York and other major American cities today you see many examples of white children whose nannies are people of color, and this phenomenon reflects that older model. I wanted to draw on that cultural phenomenon and give it a place on stage.

MC: We’re at a historical moment when truth is sometimes excoriated for not being politically convenient, when truth’s legitimacy as provable fact seems regularly threatened. And yet we also know that truth is often relative and subjective – which is very much at the heart of this story. What does this play have to say about truth?

MW: You’re right. The question of truth was my way into the story, and in our version there are many interventions that call truth into question. Specifically, we are exploring the discourse on “microexpressions,” which is a sort of pop psychological notion that people give their secrets away with facial expressions so tiny and quick we are more or less unconscious of them. I’m also interested in how children experience truth and lies. Strange Window is a kind of meditation on truth in these various contexts.