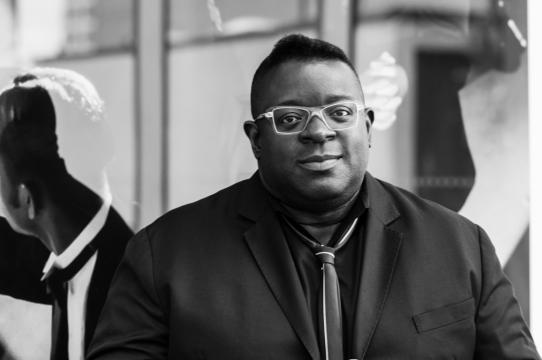 UC Santa Cruz is collaborating with the Los Angeles County Museum of Art (LACMA) to present a daylong symposium on the works of influential British filmmaker and installation artist, Isaac Julien.

The symposium will take place on May 18 in conjunction with the exhibition, Isaac Julien: Playtime, his first major presentation in Los Angeles, running at LACMA from May 5 to August 11.

Held in the permanent collection at the Los Angeles County Museum of Art, Playtime (2014) is a critique of the influence of capital in the art world, starring James Franco, Maggie Cheung, Colin Salmon, and auctioneer Simon de Pury. Six vignettes demonstrate the different levels of how money has an affect on the production, dealing, and collecting of contemporary art, as well as the lives impacted by the system. 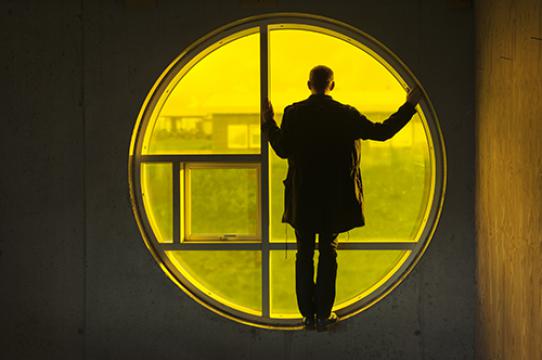 The symposium at LACMA will include screenings, talks, and panel discussions with historians, scholars and artists responding to additional major films from Julien’s collected works.

"It is encouraging to have UC Santa Cruz represented in Los Angeles at an institution as prestigious as LACMA with this focus on Isaac Julien,” noted UC Santa Cruz film and digital media professor B. Ruby Rich. “His Playtime is such a consequential work, addressing the grievous contradictions of our times with his trademark elegance and brilliance. I look forward to seeing its configuration at LACMA, as this will mark the fourth time I've seen it, installed in always-different ways, in different cities and sites.”

"I’m also looking forward to my conversation with Isaac on the LACMA stage,’ Rich added, “and to looking back to the beginning of his career and the promise that was there, even then, of his brilliance, fearlessness, aesthetic originality, and political nuance."

Julien’s work can be found in museum and private collections throughout the world, including the Museum of Modern Art, New York, Tate, the UK Government Art Collection, Centre Pompidou, the Guggenheim Museum, the Hirshhorn Museum and the Brandhorst Museum.

He has previously held a number of professorial, teaching and research positions in the field of visual arts and cultural theory over the course of his career, including Chair of Global Art at University of Arts, London, and Professor of Media Art at Staatliche Hoscschule fur Gestaltung, Karlsruhe.

Julien’s partner and collaborator, independent curator and writer Mark Nash, has also recently joined the faculty of the Arts Division at UC Santa Cruz. Nash is the former head of contemporary art at the Royal College of Art in London.

Nash and Julien are now working together at UC Santa Cruz to develop the Isaac Julien Lab, which will provide students with the opportunity to assist Julien with project research and the production of moving and still image works on campus.

The lab is currently being designed as a mirror for Julien’s London studio, and students will additionally be able to spend an academic quarter in London.

“We have an affinity for Santa Cruz that began in the 1990s when Mark and I were here making the film Frantz Fanon: Black Skin, White Mask in partnership with colleagues in the History of Consciousness program,” said Julien.

“We have always carried that spirit in our work so when we were approached to be on faculty, it felt like a homecoming of sorts. In fact, we have long admired the scholarship at Santa Cruz and were inspired by the vision of a laboratory model for artistic research and production which UC Santa Cruz is pioneering,” he added.